One of the best ways to listen to any music nowadays is via Spotify. It has such an extensive library of music that you should be able to find practically any songs, and can discover new music from different artists as well.

However if you were hoping to ‘save’ any music from Spotify so that you could listen to it on other devices or when you’re not online, you may have some difficulty. As a platform Spotify doesn’t have a feature that will let you ‘save’ music – but you can work your way around that with Movavi Screen Recorder.

It may sound odd to use a ‘screen recorder’ to save music tracks, but essentially you will want to use it to record the streaming audio from Spotify and then save it in MP3 format. That isn’t as difficult as you may think, and if you already have the track open on Spotify you can launch Movavi Screen Recorder and give it a go.

Normally when you launch Movavi Screen Recorder you’d first define the capture area, but in this case you can click anywhere since you don’t really want to record or save video footage. When the interface appears afterwards, you should make sure the ‘System Audio’ icon is highlighted so that the music track is recorded, or click on it to toggle it if it isn’t. 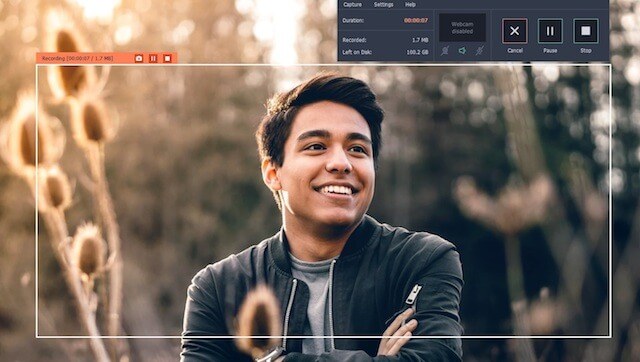 Another icon you may want to check on is the ‘Microphone’ icon, which ideally shouldn’t be highlighted, so as to prevent any interference. Assuming that checks out, you can set Movavi Screen Recorder to start recording by pressing ‘REC’ then play the music track on Spotify.

Once the music track is done, click ‘Stop’ and use the preview window to check that it was all recorded. If any excess audio was recorded (normally at the start or end), you can trim it out in the preview window as well. When you’re satisfied, click ‘Save As’ and select MP3 so that Movavi Screen Recorder will only save the audio track that was recorded.

While that is all that needs to be done to use Movavi Screen Recorder as a Spotify to MP3 converter, it does have other features that you can use – especially if you want to record videos. The versatile nature of the software is a big part of its appeal however, and you should definitely take advantage of it to save any music you want from Spotify.

How will higher education look like in the future

Is Your Company’s BYOD Strategy Destined to Fail?