Antivirus is not only important for the computers to be protected but also equally significant for the better performance. Antivirus is a software program that scans your computer and removes all the virus, malware, adware or any other harmful software ingredients. The role of Antivirus is not only protect your pc but also is closely monitored. Hence, it is important to have a good Antivirus for your computer that can block and remove the harmful entities and boost the performance. Every year, new Antiviruses are launched and many are updated with extended and notable features. In the new 2017 year, nothing has changed. However, what is the best Antivirus to use? Here is the Top 3 Best Antivirus Program for 2017.

Avast Antivirus 2017 is one of the best antiviruses in all aspects. The Antivirus score good as far as the malware blocking is concerned. However, the ant phishing is one of the most significant parts of the antivirus. The antivirus can scan through the security problems and router and come up with the solution. The Avast Free Antivirus 2017 has got a recent update and it has an integrated password management system. The outdate softwares can also be scanned along with the system clean up. However, the popular boot time scanning and the disk rescuing are also available with the new Avast Free Antivirus 2017. 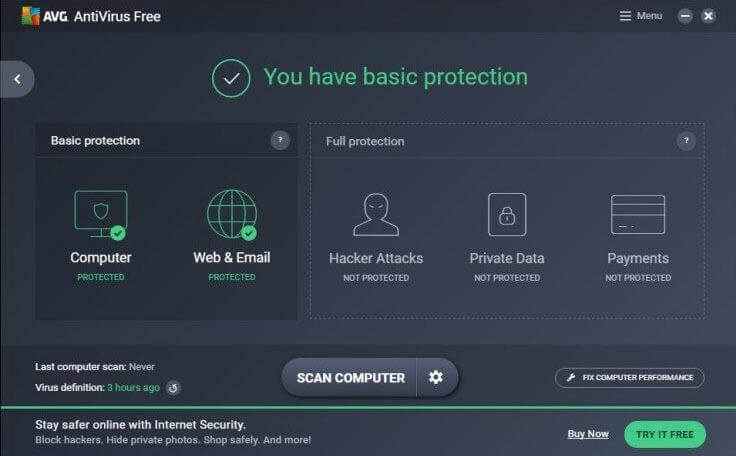 AVG Antivirus is one of the reputed antiviruses. The free antivirus is known for the excellent speed and high performance. The AVG Free Antivirus 2017 has good anti phishing protection along with the malware and scanning properties. It can even rate the websites keeping security in mind. The file shredded and PC Tune Up are few of the best features for the AVG Free Antivirus 2017. One of the most powerful parts of the AVG Antivirus is that it can clean up the system and very quickly determines the amount of threat.

This is one of the most effective and quite antiviruses. The free antivirus works from the background and has very strong protection from the malware and adware. It is very light weight and you would hardly come to know about as long as there is no issue with the antivirus. It can scan quickly and help you to clean up your system. If you are looking for something very strong yet silent, then Bitdefender Antivirus Free Edition is one of the best that you can go for. The Phishing protection of the antivirus is rated one of the best. It can scan the outdated software and constantly keep on checking the security threats. The free edition is capable of throwing the issue as soon as it is detected. Sometimes, it even solves the issue without disturbing the user.

These free antiviruses are considered the best in the market for the year 2017. Antivirus is important for your computer and the best antivirus programme can make your life easier.

How to make trade shows greener

Five Ways To Use Technology To Help With Home Finances

How To Make Your Business Stand Out At Industry Events