Have you ever used Apple’s Mac OS before? If you have recently moved from other operating systems like Windows or Linux to Mac OS, then this is a useful guide for you.

I still remember the first day I unbox and use my first Mac. It was a new MacBook Pro Mid 2010. At that moment, I felt incredibly strange with Mac OS. Everything is entirely different, compared to Windows.

I spent hours to find out how to use Mac OS’s features. However, there were many things need to learn. Therefore, it took me a month to learn basic features and functions of Mac OS, in order to use, control and master my Mac.

From that reason, I have made this guide, contains some useful tips and tricks for Mac OS that every starter should know. So if you have recently switched to Mac OS and still wonder where to get started, just read tips below.

You might not know that besides using multiple virtual desktop screens with Mac OS, you can easily to split a desktop into two pieces. When I say “Split”, it does not mean cut a display into two pieces as literally. It means you can divide your virtual screen into two parts. From that, you can choose two apps and stick them on the left and right side.

Visit here to find out how to split your Mac screen. 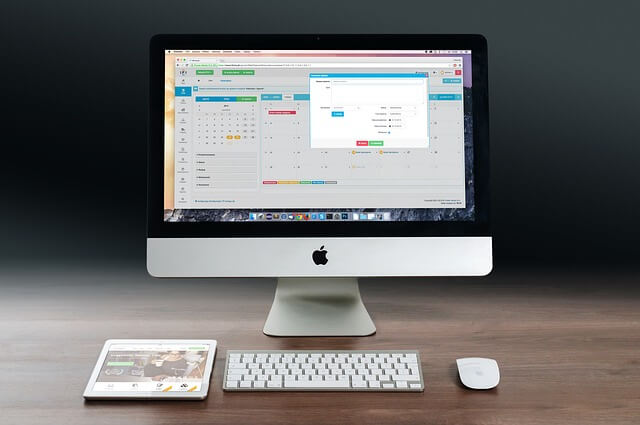 2. Take a screenshot of your Mac

Whatever operating system you are using, sometimes you still need to take a screenshot of your screen, for a particular purpose. However, if you are a starter, you might not know how to do that.

In fact, capturing a screenshot in Mac OS is easier than doing the same thing in Windows. You only need to press “Commad+Shift+3” and then your Mac will do it automatically by itself. The screenshot file will be stored on your desktop screen.

To learn more about Print Screen on a Mac, visit the following link.

3. Close applications on your Mac

When you encounter an unresponsive application, what you suppose to do? I’m sure that you can’t press “Ctrl+Alt+Del” because it does not exist in Mac OS.

Not to worry! There are two simple ways you can follow to force any unresponsive apps to quit, immediately.

– Activity Monitor: This is a built-in tool for Mac, which works similar to Task Manager in Windows. It allows you to view running programs, as well as choose a particular program and then force it to close.

– Force Quit Applications: Like its name, this tool works similar to Activity Monitor. However, it does not have many features. It just shows running apps and allows you to choose and close them.

Do you want to hide all opening windows on your Mac screen immediately? It is very easy to do so, by pressing F11 or Fn + F11, depending on how you configure it. You can change this setting by navigating to System Preferences -> Keyboards.

Have you ever used the search feature in Windows? It is completely useless, right? However, the search feature in Mac is extremely amazing. Called as Spotlight, you can quickly find anything on your Mac, as well as on the Internet. It also comes with a few other fantastic functions, such as the calculator, in-depth search, conversion tool and much more.

I hope these Mac tips and tricks will help you to understand more about Apple’s Mac OS. From that, you can easily control and master your Mac machine.

5 Apps To Immediately Improve Your Quality of Life

How to write to NTFS drives with iBoysoft Drive Manager?

Why Do Most Blogs Struggle In Getting Traffic?