The life of the LED light began humbly, with 35 years between its invention and its first practical use. Nowadays, LEDs are everywhere, and their applications have skyrocketed. They are dirt cheap, easy to work with and can provide beautiful lighting when employed correctly – so why aren’t more people experimenting with them at home? Here are three creative ways you can use LED lights yourself. Some of these suggestions are as simple as could be, and some require a little more intuition. But just ten minutes of high-school science revision, and five minutes of familiarising yourself with a soldering iron, can give you the tools necessary to make some very funky things with LEDs. 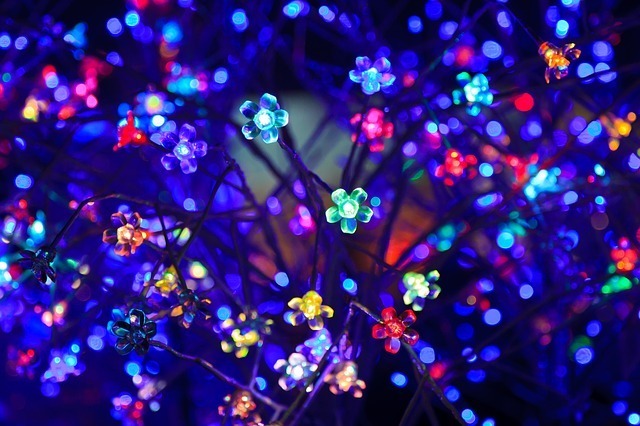 LED lightings strips are now commonly available to buy, making it extremely easy for you to customise your own lighting setup – and many strips come with programmable patterns, meaning you can make them pulse or flash with the click of a remote. These strips have adhesive backs, allowing you to stick them anywhere; create a otherworldly glow in your room with strips under your desk or bed – or even use them to line the undersides of your car seat and glove box for a moody vehicle interior.

Simply by sticking the legs of an LED to each side of a small coin battery, you are making a circuit – meaning you can create your own battery powered lighting at home with little more than tape. The only bit of electronics knowledge you need here is that the D in LED stands for ‘diode’ – meaning current can only flow in one direction through it. The longer leg of an LED is the positive leg; stick this to the positive terminal of the battery, and you won’t be surprised by a small bang and ‘magic smoke’!

Stick these makeshift light sources wherever you like to make bespoke lighting for your home – a popular, if kooky, choice is to stick them to the inside lids of glass preserve jars, creating a glowing jar lamp that would be at home anywhere. You could even put a pile of these LEDs in glass containers for an especially bright installation. If you’re finding your LED creations to be too bright for your tastes, simply include a resistor in series, or in otherwords between one of the LED’s legs and the battery – resistors limit the flow of current in a circuit, causing your LEDs to dim.

Since you’re already playing with batteries and resistors in LED circuits, you could well go one step further and create your own wacky home art installations with light. One cool way to do this could be to create LED circuits to spell out a sentence, with a simple on-off switch in each circuit. Mount them to the wall, and you or your guests can manipulate the lights on the wall by using the switches – creating a statement piece that no one will forget in a hurry. You could also add LEDs to existing artworks! Buy a cheap print from your local thrift store, and push LEDs into the canvas from behind. Connect them up with wire, a switch and a battery and you have your own interactive painting.

How to Create a Profitable Google AdWords Campaign

How Nao Robot Can Help Train Kids with Autism?

Your Mac Is Totally Safe — And 9 Other Apple Myths