When it comes to digital security, minds tend to hop to computers and laptops. The majority of us know the importance of having up-to-date firewalls and anti-spyware programmes on our computers. But in this increasingly digital world, many of us are at risk of neglecting key technology that needs just as much security as our personal computers. In fact, a recent study found 61% of businesses admitting they had had a security breach through insecure printing, and that was prior to the worldwide printer hacking that occurred late last year…

The problem exploded into the public eye in November 2018, when around 50,000 printers around the world, in offices and homes, began printing out a message without prompting. The message read: 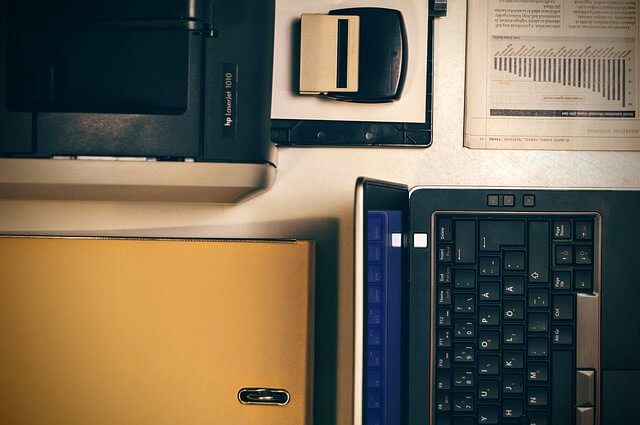 ‘ATTENTION! PewDiePie is in trouble and he needs your help to defeat T-Series! WHAT IS GOING ON — PewDiePie, the currently most subscribed to channel on YouTube, is at stake of losing his position as the number one position by an Indian company called T-Series, that simply uploads videos of Bollywood trailers and songs. WHAT TO DO — 1. Unsubscribe from T-Series 2. Subscribe to PewDiePie 3. Share awareness to this issue #SavePewDiePie 4. Tell everyone you know. Seriously. 5. BROFIST!’

Before the dust could settle on how exactly this had happened, the hacker struck again in December 2018, with another message calling on people to subscribe to the YouTube channel. But this time, the hacker added an additional point:

‘Fix your printer. It can be abused!’

The hacker spoke anonymously to the BBC, stating that the damage could potentially go beyond simple irritation at unsolicited print-outs. He stated that by hacking printers, people could break the devices remotely, capture sensitive data as it is sent to the printer, or even modify what is on a document to be printed.

Anything that is connected to the internet has the capacity to be hacked. In a third incident, another hacking spree occurred on thousands of Smart TVs and Chromecasts around the world. Again, the responsibility fell to fans of YouTuber PewDiePie — the hacked devices were forced to play a video every 20 minutes, including the message:

‘ATTENTION YOUR Chromecast/Smart TV is exposed to the public internet and is exposing sensitive information about you! To find out more about what to do and how to fix this, visit [link provided] for more information. You should also Subscribe to PewDiePie.’

The link provided, however, sent viewers to a music video that was the centre of a viral joke some years ago.

How printers and devices were compromised

The hackers were able to access devices through open security ports in people’s home or office networks. These open ports make certain information public, including what Wi-Fi network a device is connected to, which Bluetooth devices have been connected to the device, and much more. The hackers have the capacity to do a wide range of actions from here, including playing videos and music through the device, reset the device, or force it to connect to a Wi-Fi or Bluetooth device of their choosing.

How to protect your devices

There are a number of ways to protect your printers, Smart TVs and other wireless devices. In particular, we need to consider routers; routers allow connections to and from nearly all of your devices. This convenience, however, comes with a risk — that someone else will come in through the digital doors your router opens for your devices! Nowadays this includes printers, thermostats, TVs, and more.

The crux of this particular hacking problem comes from Universal Plug and Play features, or UPnP. UPnP is a feature on many routers, and it is designed to automatically forward a port on your router. A port is simply a number. Forwarding a port allows external devices (such as a computer) to connect with other services on the same network. In essence, UPnP allows communication between networked devices without any authentication.

UPnP automatically ‘opens up a port’ for incoming request for you in order to let everything on your local network connect with each other seamlessly. This is a problem if a hacker makes a request to your router with a port number you haven’t manually opened for connection by any of your devices, because UPnP will open it automatically.  It’s useful for having everything in your home or office connected with each other, but hackers can make use of these freely open ports.

Disabling UPnP on your router can help protect against these types of hack, at the cost of some convenience — you would have to manually forward ports to allow connections on your network.

Whether it’s a home or business computer, it is certainly worth investigating the security features your printer’s manufacturer supplies. For example, with a Toshiba printer, you can make use of Toshiba SecureMFP to protect business data and secure documents in transit.

An even simpler measure, of course, is to ensure your printer and devices’ software are updated regularly. Most manufacturers have a software and drivers page that you can access online, and this will guide you through updating the software on a given device. In the same way, manufacturers such as HP have dedicated security pages to advice on the minimum security settings for products that are connected to the internet.

For businesses, it is certainly worth discussing with your managed print solutions provider regarding security measures on a wider scale. You can of course make use of the tips above, but depending on the size of your company, a third party company could be the more efficient option.

While unsolicited print-outs about YouTubers might seem harmless now, the potential for greater damage is certainly there. Be sure to investigate your internet-facing devices to ensure their security features are working as they should in order to avoid potentially costly damages.

Advanced climate changing technology from around the world

Career and job prospects in B. Sc clinical research

How to Buy Medical Equipment for Your Facility