Movies are as popular as ever, what has changed is the way that they are being watched. Yes, they are still being seen at cinemas, but when it comes to being viewed elsewhere, more and more people are watching them through their computers and on their mobile phones, rather than through their TV screens. At least not directly through their TV screens. Movies are being watched by people waiting for public transport, and people on work breaks wanting something to help them relax. We shall explore the different places where movies are being viewed on increasingly portable devices, to understand just why movies are becoming more mobile. One reason, of course, is the availability of apps such as stremio for windows that makes streaming of movies possible in the first place. 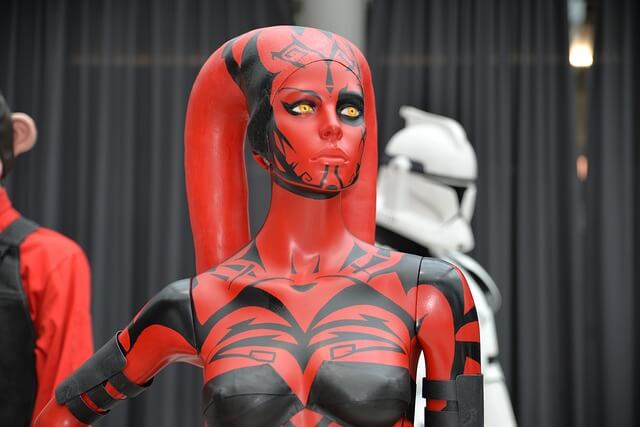 Because our mobile phones fit inside our pockets or bags it is possible to have them with us everywhere that we go. It is for this reason that we can access movies wherever we happen to be. Headphones have made it possible for us to listen to our devices without disturbing others. It was engineer Nathaniel Baldwin who was credited with inventing the first pair of audio headphones on his kitchen table in 1910. Dismissed by private investors sceptical of his idea, the invention was fortunately adopted by the US Navy, who ordered 100 pairs and made Nathaniel rich. It was in 1979 that headphones took off in modern form, attributed to the Sony Walkman which made its debut in that year, becoming something of a pop culture icon. All this means that movies can be enjoyed anywhere, from parks to other recreational areas. Even at bus stops while watching two buses the same pass by and still waiting for our own to arrive and take us to work.

Many teenagers will watch movies in their bedrooms on their mobile phone. This is because they do not necessarily want to watch the same kinds of movies as their parents do. They find relaxation in their bedroom, their own space, more enjoyable sometimes. They can also watch the movie while sharing the experience with friends. Using a computer to play the movie or an iPad expands the size of the screen for increased viewing pleasure.

To watch a movie being streamed through a computer or larger TV screen is as simple as having an HDMI cable and then the corresponding port on your computer. HDMI sockets are now practically standard on most laptops, PCs, and Chromebooks. The connection allows for the content on a computer to be mirrored exactly on a TV screen. With television screens ever increasing in size, the most amazing viewing experience can be had this way while streaming a movie, making movie apps a “must have” for any mobile device.

Many employees in stressful jobs are using movies to relax during their work breaks. A movie started on their mobile phone in the morning can be continued throughout their lunchtime and then into their afternoon break before being finished at home in the evening. Who would not want to watch a movie every single day? It would certainly increase our knowledge at the next pub quiz, as most of those questions seem to be about movies, who starred in them, and what line of dialogue made them famous. From Clark Gable’s line: “Frankly my dear, I don’t give a dam,’ in Gone with the Wind, to Arnie’s, ‘I’ll Be Back,” from Terminator. And those are just the lines from the old movies. And, of course, as the line suggests, you will have to “be back” as soon as lunchtime is over. The plus side of this is that you can look forward to finishing off the move later. We all need something to look forward to.

To my mind, movies on the move are a good thing. Why save our enjoyment until we get home, when we can access our favourite movies at other times of the day, too. The continued popularity of movies is perhaps in the future going to be down to the apps available for the mobile or portable device. The future of television, too, may be dependent upon it. An article available online considers the future.

Broadband Speed: How You Should Boost