Asia has been the leading light in major rail developments since Russia started conducting regular train services on the Trans-Siberian railway in 1905.

Ticketless travel, onboard WiFi and driverless trains are among the innovative enhancements to rail technology. Here, we delve into the introductions which have boosted passenger travel conditions.

A Thameslink service from Peterborough to Horsham heralded a new dawn for rail in March 2018 when the UK’s first driverless train was launched. This was met with controversy following the death of a woman hit by a self-driving Uber in 2018. Although driverless trains are active on a number of London Underground lines, this isn’t the case for mainline railway networks.

The development should see trains run every two to three minutes, with up to 24 trains running per hour during peak periods, owing to more efficient acceleration and braking abilities. 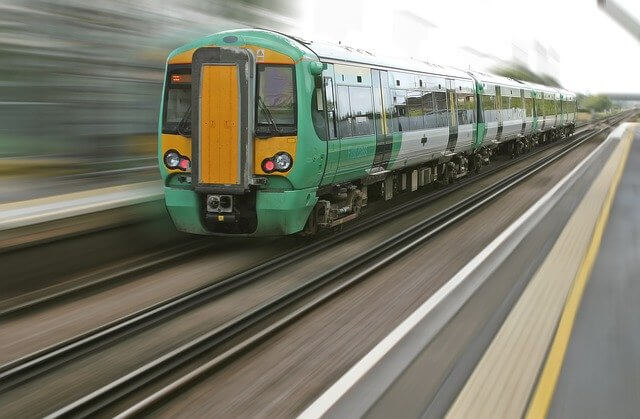 Engineering director at Govia Thameslink Railway, Gerry McFadden commented: “We are embracing digital technology to boost capacity through the heart of London, a historical bottleneck that has held back rail expansion across the south of the country.

“Self-drive technology also has great potential for the rest of the country’s rail network, particularly on congested routes, and could in future reduce the need for costly infrastructure projects”.

We’ve all encountered the horrors of arriving at the train station late; you don’t have enough change for your ticket; you can hear your train approaching; there’s a queue at the ticket machine.

Ticketless travel removes all the anxiety of that dreaded moment as one of the most successful innovations. Contactless payments allow customers to pay for their journeys by simply tapping in and out at stations. It was introduced in London in 2014, and after a year earned position as Europe’s fastest-growing contactless merchant. Fifty-five per cent of transit fare payments are via contactless, which has become more popular than the original Oyster card. That’s more than 21.6 million journeys every week.

The concept has proved a hit in making travelling smoother. Tickets have been streamlined into a simple process, removing the possibility of losing tickets and long queues — after all, everyone has their phone handy.

In the 21st century, we’ve certainly become used to quickly being bored and impatient but the availability of WiFi on trains put an end to that. Access to the internet almost anywhere has become an expectation — there’s even Wi-Fi at seemingly unnecessary locations such as the San José Cemetery in Spain due to demand from visitors.

The daily commute for businessmen and women was transformed with the arrival of onboard WiFi. No longer did a lengthy journey mean a drop in efficiency instead, thanks to rail connectivity, a generation of professionals were offered the opportunity to take their work beyond the realms of the office environment.

A focus on environmentally friendly products has dominated headlines with emission-free travel expected to take the rail industry forward. Following the UK’s recent announcement of banning vehicles fuelled by diesel by 2040, we must figure out how to phase out a third of the UK’s rail fleet which is solely powered by diesel.

Germany is leading the way in the field and is assessing the use of hydrogen – which is burned by oxygen to produce large amounts of energy – to fuel trains. A preliminary hydrogen programme is expected to be introduced in the UK by 2020, and if successful, full implementation by 2040.

In the last 100 years, we have come a long way since the UK’s first railway. With further innovations in the railway industry in the UK are expected in the near future, it’s exciting to see where these developments will take us.

What the Future Holds for Bitcoin Price

Tip Top Tech: What Your Business Shouldn’t Be Without