As the methods we use for medical device manufacturing and packaging continues to evolve at a fast pace, the systems that we need to use for these processes must be able to address the biomedical industry’s needs. In order to produce certain materials necessary for research and development, this field has taken advantage of complex systems such as high vacuum positioning systems, sometimes known as ultra-high vacuums (UHV). They are also crucial to the production of necessary materials in the field of biomedicine, such as the creation of thin films and x-ray photoelectron spectroscopy. In this article, we will discuss the role of UHV in regards to the creation of thin films.

Thin-film deposition is the term used to describe the process of applying a thin film to any kind of surface, whether it is a previously deposited layer or even some kind of substrate. Often, these films are incredibly thin, as they are measured using the very tiny measurement called nanometers, where one nanometer is about the diameter of a helium atom. Certain methods of deposition, such as atomic layer deposition and molecular beam epitaxy, enable people to carefully deposit one layer of atoms at a time. Another kind of deposition, called physical deposition, makes use of different kinds of methods—electromechanical, mechanical, and/or thermodynamic—in order to create a thin, solid film. 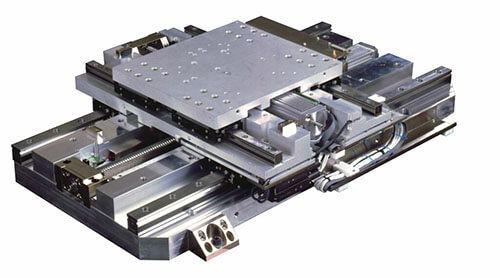 The Importance of Thin Films

While some may wonder how something so thin and so small could be practical for any purpose, it brings a lot of advantages to the table, especially in the fields of medicine and engineering, among others. There are certain materials that, while incredibly useful, are often be incompatible with certain chemical gasses in particular environments. For some people, coming into contact with certain items could trigger dangerous or even life-threatening allergies. Thin films allow a manufacturer to create a tool using one material while coating or reinforcing it with another type, effectively taking advantage of the strengths of two types of materials in one.

The Benefits of a High Vacuum Positioning System for Deposition

Because of the complexity of this process, it has to be done within an environment that has low amounts of pressure. As a result, this procedure is usually kept in a vacuum deposition chamber so that particles have enough freedom to move around freely. By conducting it within a high vacuum environment, it allows for less contamination with other chemicals, since the vapor can find it ways to make contact with the substrate without inadvertently reacting to contact with other atoms within the chamber. At the same time, it also lessens the chances of letting the residual gasses add any impurities to the materials being used. This will result in much purer concentrations in the thin films that are applied, which are incredibly important when these involve things such as delicate medical instruments that will be used in invasive surgeries and other important procedures, where there can be no room for error.

Know the secrets of online stores and grab unbelievable profit

Tip Top Tech: What Your Business Shouldn’t Be Without