Perhaps no two industries are becoming more intertwined than the technology and automotive industries. Rumours that Apple are interested in entering the market show no signs of going away, and Tesla Motors’ long-awaited Model X, a full-size CUV, looks set to finally be released in Q3 of this year. BMW may seem like one of the old guard that could be swept away with the new trend of increasingly computerized cars, but in reality they are no strangers to pushing the boundaries with technology.

Efficient Dynamics is the name of the strategy from BMW that aims to minimize fuel consumption and CO2 emissions without negatively affecting our enjoyment of driving. The Munich-based company has a long-standing interest in consistently improving its environmental record, and is a charter member of the United States Environmental Protection Agency, and includes Efficent Dynamics as standard feature in every car it produces. Perhaps the most pertinent example of this is the BMW i-series, which includes the first series-produced passenger cells made of carbon. 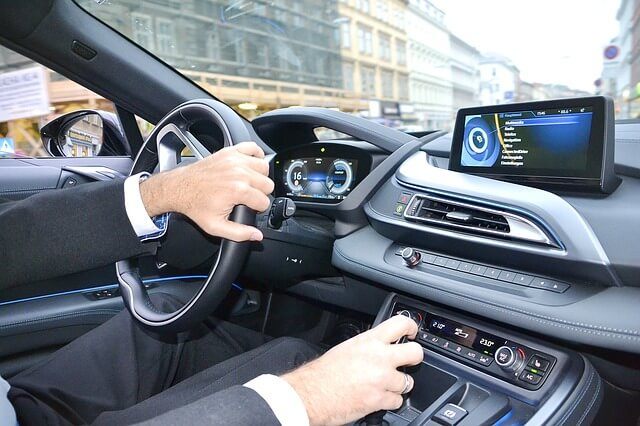 However, if BMW are to truly future-proof their business they also need to be considering alternative sources of fuel. In fact, BMW’s first foray into the world of electric cars can be traced back to as early as 1972 with the BMW 1602e. From 2005-2007, the company also manufactured the Hydrogen 7 which they called the world’s first production-ready hydrogen vehicle. While the vehicle was only produced in limited numbers – only 100 are thought to exist – what made it stand out was that, unlike other hydrogen-derived vehicles that use fuel cell technology, the Hydrogen 7 burned the hydrogen in an internal combustion engine.

After the introduction of the App Store in 2008, the way the world interacts with content has changed dramatically. Recent studies show that we now spend more of our time in apps than mobile web pages and that we use almost thirty different apps each month. In an effort to keep up with the times, BMW’s Connected Drive aims to provide a full suite of services and applications in a way that makes tasks both easier, faster, and safer to perform. Some of these include a direct link to the emergency services in the event of a breakdown, a feed of real-time traffic information so that you always take the most efficient route, and even a news and sports feed to make sure you’re in the know even when you’re on the move.

Because BMW has been investing in this kind of forward-thinking technology for so long, it’s still possible to find vehicles on used outlets such as Exchange and Mart. For the next generation of drivers that have grown up with computers, the desire for these features to spread to other aspects of their lives is only going to increase.

The Coolest Fitness Technology of 2015

What New Skill Do You Want to Learn Today?

Tips For a Persuasive Resume