Global companies are generally thought to be good in any segment. Right from our view on imported motorcycle to imported clothes, we tend to perceive global brands to be better than their Indian counterparts. But the financial markets have proved this theory wrong.

In all fairness, Moneycontrol is quite a good application. However, it doesn’t have trading feature. That certainly puts off numerous users who don’t want to go with another app just for getting information. Their browsers can do the job for them. Trading is one of the key features that is really helping Indian apps like IIFL Markets, Sharekhan etc to take the lead.

That’s where one more problem creeps in. The apps are giving information; however, they aren’t putting resources to develop high-quality content. Indians app again has led the way here and have committed a lot of resources to add quality content. IIFL Markets, for instance, has got a team of over 50 professionals working on the stock markets round the clock. And has such high-value reports available for free of cost. 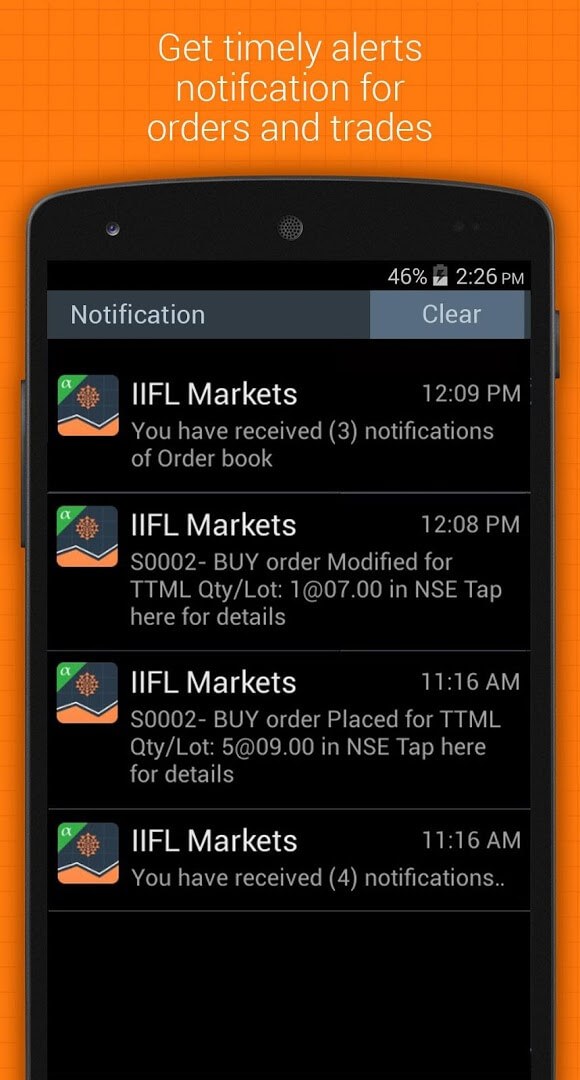 Users seem to value that and, as a result, are getting inclined towards IIFL Markets. The app is experiencing a tremendous surge in downloads owing to these minor freebies that they’ve given out to the customers.

It is another factor which is weighing high into the mindset of users. A good design is imperative as smartphone users in India, by and large, don’t use as advanced smartphones or have a high-speed data connection like customers in the US does. That’s why customers do prefer a minimalist design with the optimum use of resources. A typical smartphone in India can accommodate about 12-19 apps, and roughly 3-7 of them are inbuilt apps, which cannot be uninstalled. It gives little or no scope for keeping redundant apps.

Apart from all these features, Indian apps have also got a flurry of other handy tools.  These tools include price alert customization, ability to contact the support via phone, and easy channels of communications. In fact, even in some comparable features, global apps have missed out on things like including key ratios in the script, Live TV etc. these are subtle features that investors crave for.

The comparison is futile unless it is backed by numbers. In this case, IIFL Markets has a far better user rating of 4 compared to its global counterparts which are struggling at 3.8-4.0. Over a whopping 80% of the users have a positive feedback, which vindicates the fact that Indian apps are appealing to users more than its global peers.

If the app giants do not switch from their current models, then their Indian counterparts will establish an invincible lead. And this is the time that global apps pull up their socks and hit the gas pedal and consider user feedback to improve their download numbers.

Car Companies Look to New Technology to Stay Ahead

The Importance Of A Reliable Broadband Connection For Your Business