Apple shares have experienced a wild ride over the past 3-months, initially hitting an all-time high and then dropping 35%. The ensuing rebound has created volatility and helped the shares rebound back to the all-time highs. Strong sales during the COVID-19 pandemic, which were led by an increase in services revenue, has helped buoy apple stock trading. The company is now poised to increase investment in both hardware and software including LED, and MicroLED displays, and eventually a 5G phone.

Apple is at the Forefront

In the wake of the riots that are spreading throughout US cities following the murder of George Floyd in Minnesota, Tim Cook addressed the issue through an email to his employees, The internal memo addressed the pain that “black America” is feeling and urged others to commit to creating a better world for everyone. Cook also announced that Apple would be making donations to several groups challenging racial injustice and protecting human rights. 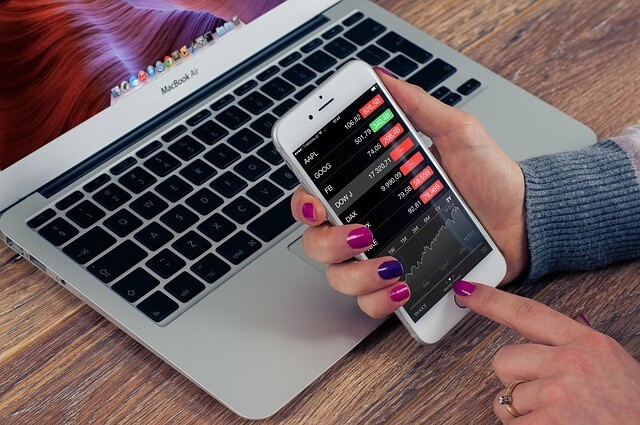 Apple stores in the United States recently reopened and then shut temporarily. The company had closed all of the stores in the US, in the wake of the pandemic and recently opened them as restrictions were relaxed. The company temporarily closed the majority of its US retail stores for the concerns following the death of George Floyd in Minneapolis and the subsequent riots. Numerous Apple Stores from coast to coast have been targeted by looters.

In addition to investing in society, Apple is moving forward with its plans to release a 5G phone that will run at a faster clip relative to the current LTE platform. Unfortunately, the spread of COVID-19 has impeded the company supply chain. In factor, many analysts now forecast that both the Apple iPhone 12 release and an announcement may be pushed back two months. This would place the announcement of the release of the iPhone 12 to mid-October and the launch date to late November around the Black Friday shopping season.

The company is also poised to invest in their hardware. Reports show that Apple is poised to make a $330 million investment in a Taiwanese factory to manufacture both LED and MicroLED displays for future iPhones.

As Apple shares rebounded back to test its all-time highs volatility in Apple stock trading has declined. The implied volatility on Apple shares, which helps determine the price of Apple options, has declined back to levels seen in January and February before the spread of COVID-19 throughout the United States. The Apple VIX, which measures the “at the money” strike prices for Apple shares, moved as high as 104.4 in March of 2020, as COVID spread through the US. Since late March the Apple VIX has declined back down to 31%, which is in line with the 2019 average. Options traders are less fearful of a decline in the price of Apple, are likely convinced that the price will continue to rally hitting all-time highs similar to Amazon and Facebook.

Apple shares have experienced a wild ride, in 2020. In the wake of the spread of COVID-19 the shares tumbled 35% and saw a historic spike in implied volatility up to 104%. This was followed by a massive rebound in the share price and a collapse in implied volatility back to 31%. With complacency at current levels and economic data pointing to further declines in economic growth, Apple shares are likely to consolidate near the all-time highs until there is an impetus to drive prices.

Using the Latest Tech Resources To Help Your Financial Situations

5 of The Newest HVAC Technologies

How can a Dental search engine optimization plan benefit your dental clinic?

The Importance of Software Testing

A Guide To Digital Marketing