For what seems like a very long time, there haven”t been any really exciting advances in Heating, Ventilating, and Air Conditioning (HVAC) technology, other than steady improvements in energy efficiency and re-designing HVAC appliances to take advantage of those improvements. At present, however, there are some very new and promising technologies being developed for some of the traditional HVAC units in the home. Here are a few to look for in the coming months.

This is a project in the developmental stage, but the technology was invented by Dr. Norbert Muller of Michigan State University, who first showed the world his invention by winning a 2008 competition in Boston with it. Muller”s air conditioner uses water vapor as a refrigerant, termed R-718; when water vapor is used like this it is even more efficient than standard chemical refrigerants.

Scientists have been aware of this phenomenon the past, but the sticking point has always been designing a compressor small enough to make use of R-718 and still be feasible for home use. Muller has overcome this hurdle by designing a compressor made of lightweight fibers and its own integrated motor. As an added feature, this air conditioner also runs much quieter than typical cooling units. Prototypes of the water vapor air conditioner will be developed as funding becomes available. 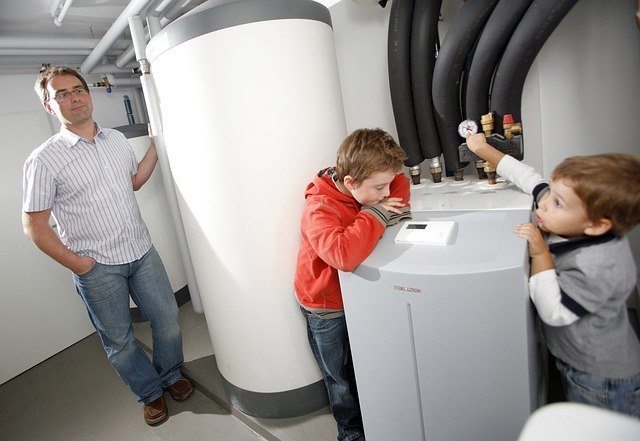 Heat pumps are very effective as heat generators, but in the past they have not been used in areas like the northeast during winter because when the outside air temperature slips below freezing, heat pumps have been less effective. Even a well-maintained heat pump has difficulty with some of the frigid temperatures that can invade some parts of the country during the winter season. That may all change with the new cold-weather heat pump that runs on electricity.

Two big innovations that have contributed to the new success of the heat pump are using variable speed motors and re-working the mix of chemical gases that act to transfer heat inside the home. With these heat pumps, even the coldest New England weather can be managed comfortably.

The first furnaces produced in this country were of the single-stage variety—they were always either on or off. Improvements in technology allowed them to operate in two stages, with furnaces having the capability to run at half their rated capacity during times of lesser demand. The newest technology in home furnaces is the three-stage furnace, which allows the furnace to produce only the heat needed for current conditions, thereby greatly reducing the consumption of energy needed to warm the home.

This innovation is not exactly a successor to an existing HVAC appliance, but one kind of new technology that can make existing appliances more efficient and less costly. By using the energy from exhausted air, incoming air can be pre-conditioned to be closer to the target air temperature inside the home so that less energy is needed to heat up cold air from outside, for instance.

Micro environments are those set up for heating and cooling control by an individual occupant in a specific room of the house. This technology has been slow to gain widespread acceptance due to the popularity of central control for heating and cooling, and because initial setup costs are high. However, the potential exists with this kind of configuration for energy savings because of greater control over micro environments, as well as greater comfort for the individuals within them.

Back to Basics: Purposing Your Brand for Surefire Success

How to recover deleted data on Android