Media storages like DVD disks maybe tad bit old-school and not much used as backup devices in recent days, but they haven’t gone out of order yet. As a backup storage or cheap media for offline transfer of files from one PC to another, DVD disks still lure most users over costlier USB storage media. Burning files and saving files from a DVD disk takes a burning hardware and of course, an efficient software that can transcode any files on a DVD media very efficiently. Windows 10 is rolling out for the past month now and many DVD rippers haven’t yet been able to roll out an update to rip DVD on Windows 10. Good news for Win XDVD Ripper Platinum users though; the latest roll out version 7.5.11 supports Windows 10 with all native features.

WinX DVD Ripper Platinum does best what it is supposed to do. There are a plenty lot of features which is worth the money you pay to buy the Platinum version. Of course a trial version comes with limited functionality which someone can try their hands on, and later pay for a full license. People who tend to rip a lot of DVD disks into their computers or other portable handheld devices, will certainly find the perfect utilization of their investment. 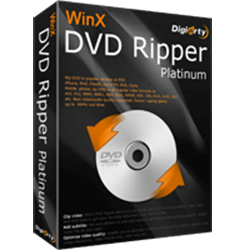 The WinX DVD Ripper Platinum costs around $59.95 and on holiday discounts, the current price is around $39.95. If you have already upgraded to the latest Windows and looking for a DVD ripper on Windows 10; this could be a better option.

Desktop Vs. Laptop: Why The Laptop Is Your Best Choice

Simple Ways to Start an Online Business with a Limited Budget

Three I.T. Services Business Need to be Aware Of

Should You Buy Smartphones, Laptops or Tablets for Your Staff?