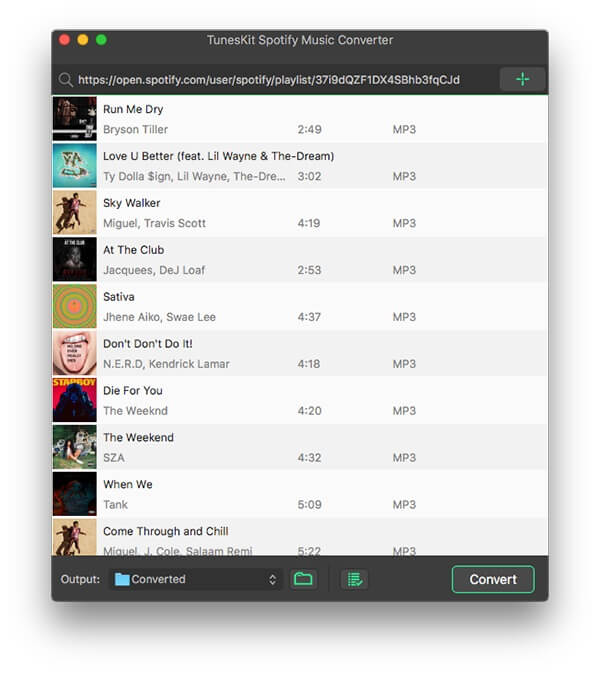 The best thing about this Spotify music converter tool is that, it can convert any Spotify songs at 5x speed. If you want to have lossless quality, you can set the speed range to 1x. Once you have bought the software, you will get free update to the software every now and then. The Spotify music converter tool for Mac remains the best solution for all the Spotify users that want to get the full control over of their Spotify songs. With this software, you can download any Spotify song and convert it into DRM free songs for any kind of player within some minutes.

If you want to have the good quality music, the Spotify music converter allows you to customize the parameters of the song such as sample rate, audio channel, codec, bit rate and more. By customizing the parameters of the Spotify songs, you can get the songs in the quality you wish. As well, the Spotify music converter tool will divide the output tracks into artists and albums. This will let you manage your music library with all ease and comfort.

Download the trial version and enjoy converting the songs for many devices!

How will you enhance security with Asterisk