Apple Music is a famous streaming music platforms, which offers subscribers with over 75 million songs in high-quality lossless audio. Users can download tracks, create playlist, enjoy offline mode and access the music library, etc. However, all the downloaded Apple Music tracks are not compatible with all devices and players. That”s because – 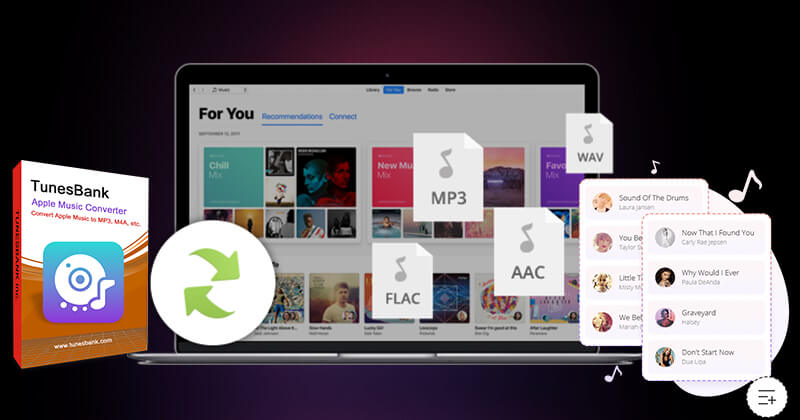 What Exactly is the TunesBank Apple Music Converter?

In addition to converting Apple Music tracks, the program can also convert iTunes music & audiobooks and Audible books to MP3 losslessly. You can easily convert all audiobooks in the iTunes library to MP3, M4A with chapters kept. Even better, it is capable of converting iTunes music videos, movies and TV shows to MP3, M4A, FLAC for your music players.

The TunesBank Apple Music Converter is popular as the first ‘smart’ tool because it preserves all the ID3 tags and metadata in the original music files. All ID3 tags, metadata and chapter information will be well kept in output MP3/M4A files. With its built-in editing functions, you can also edit the metadata as needed, including cover, title, year, artist, album, genre, etc. Beside, you can even customize the music library according to your needs.

By adopting the unique technique, its conversion speed is faster than other Apple Music converters on the market that we have tested. It converts Apple Music at 5X high speed on Mac and 10X faster on Windows. In addition, batch conversion allows you to convert hundreds of tracks and entire playlists at once.

You no longer need to have a valid internet connection and Apple Music app or iTunes program to listen to songs from Apple Music. After using this tool to convert Apple Music songs into common audio files, you can enjoy Apple Music on any device and player without network, such as MP3 players, iPod Nano, iPod Shuffle, PSP, PS4, Xbox, Sony Walkman, Amazon Echo, Sonos One, QuickTime, Windows Media Player, etc.

How to Use TunesBank to Convert Apple Music to MP3, FLAC, M4A?

Visit TunesBank official website for downloading the TunesBank Apple Music Converter to your Mac or PC. Install and launch the program, this program will load the iTunes app automatically. 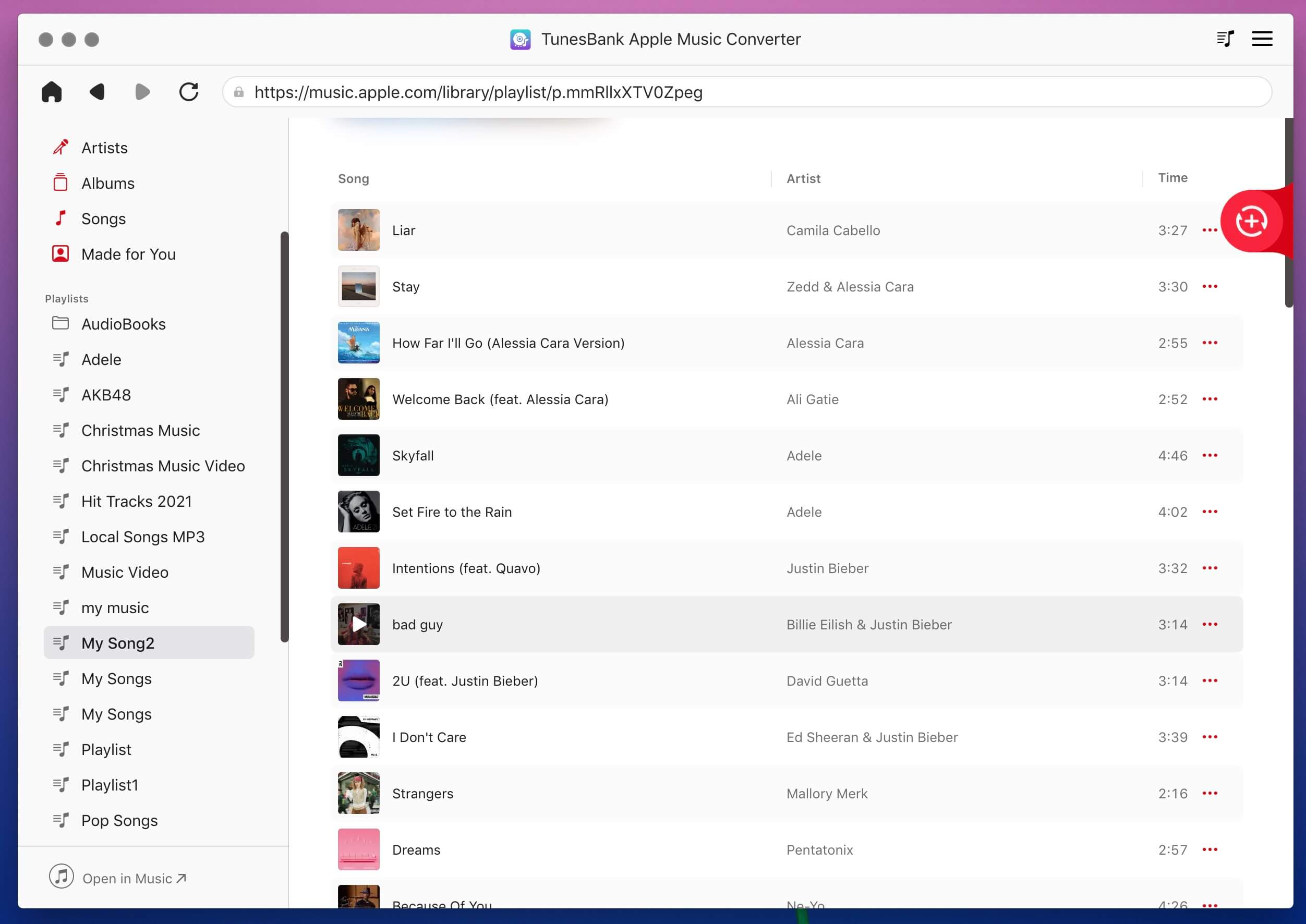 Then you can tap “Music” or “Playlist” and choose your favourite tracks or the entire playlist by ticking the checkbox. Also, you can type the song name in the “Search Box” to locate the song.

Now you need to select the output format, because most devices supports MP3 format, I suggest you convert Apple Music to MP3 format. 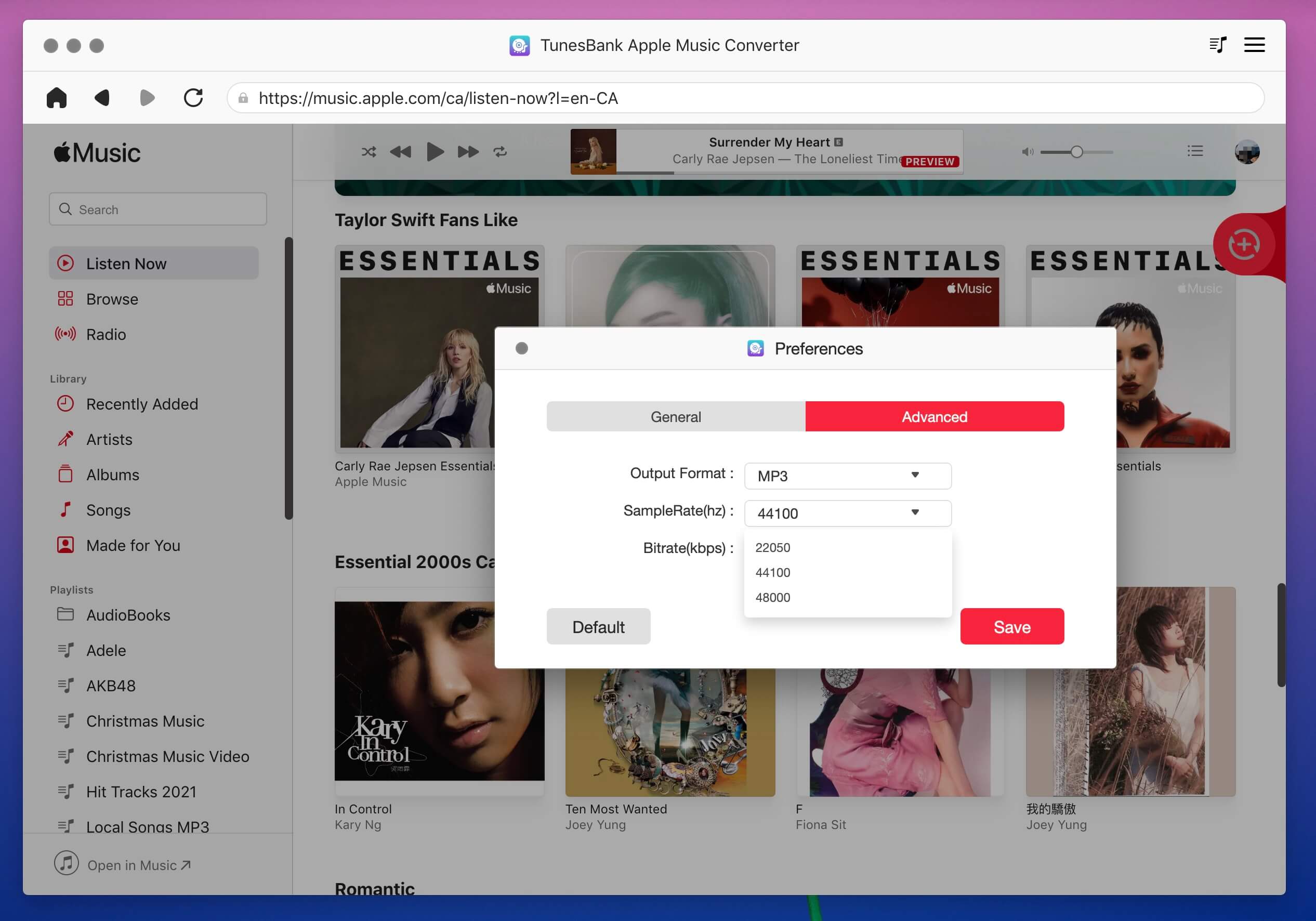 To edit the title, artist, album and other metadata of Apple Music tracks, you can go to the “Metadata” option.

Step 4. Start Apple Music to MP3 Conversion
Click “Convert” to start removing Apple Music DRM and convert them to the target format of your choice. It is worth mentioning that it even allows you to add more songs to the library during the conversion process. 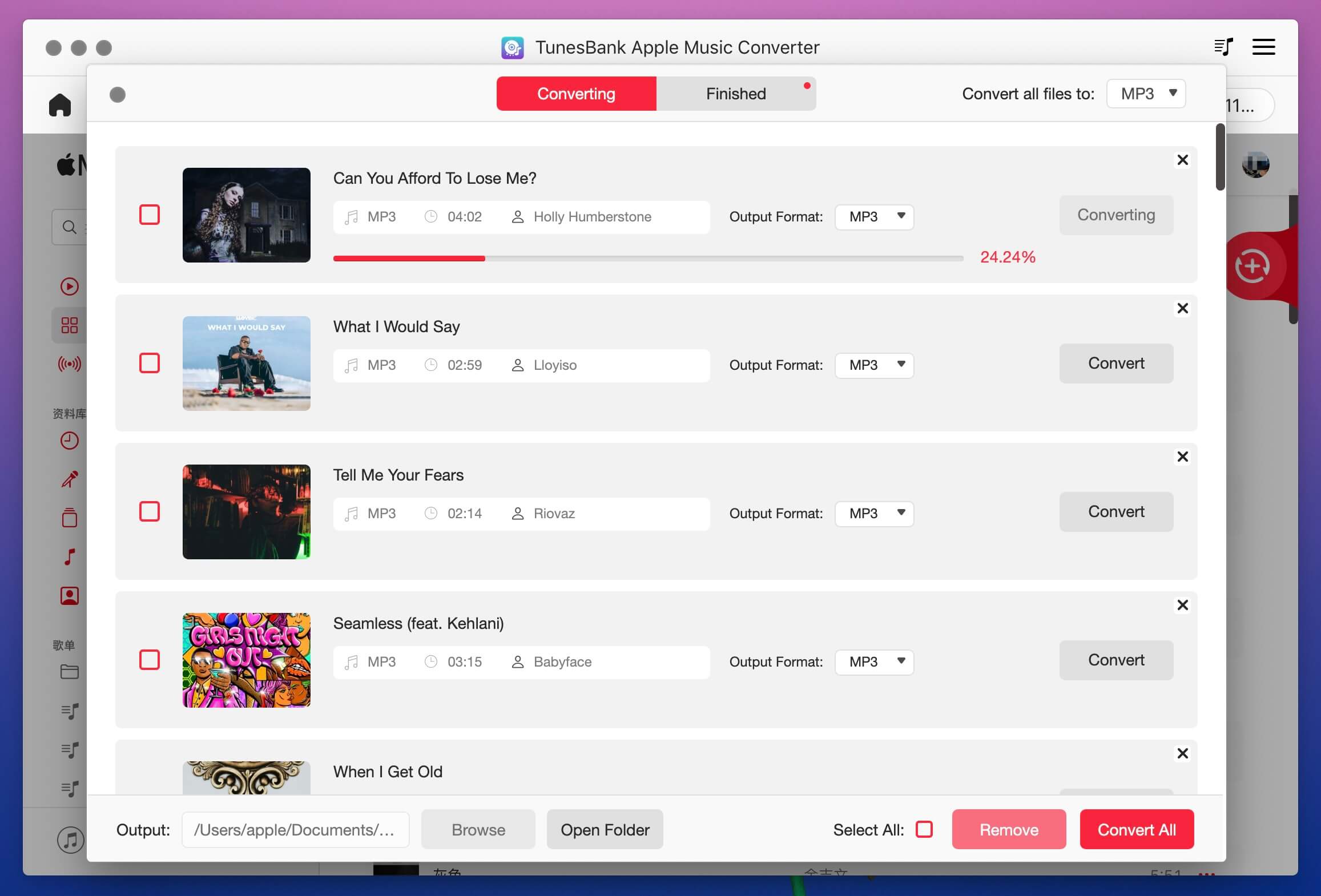 Step 5. View the MP3 Songs
After conversion, you can tap the “Finished” option and click “View Output File” to check the well converted Apple Music files, all output files are MP3 format. 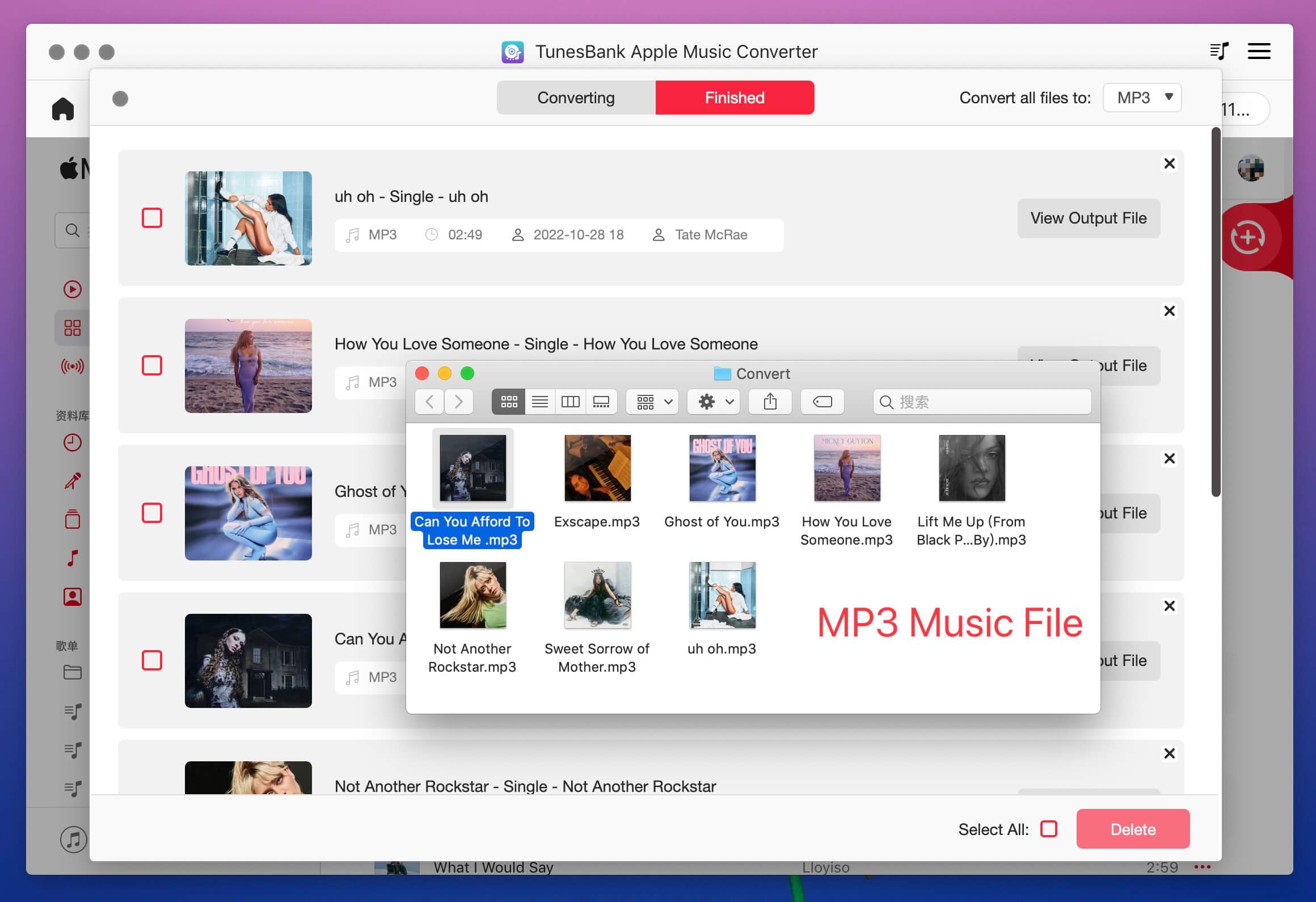 You can download TunesBank Apple Music Converter for free from its official website. However, this is only a trial version that allows you to convert the first 3 minutes of each song. To enjoy unlimited conversion, you can purchase a lifetime license. TunesBank has 2 paid versions, once purchased for lifetime use, and enjoy free updates and technical support.

TunesBank Apple Music Converter is indeed the best tool to unlock DRM and convert Apple Music tracks to MP3, M4A, FLAC and other popular audio files. With it, users are able to save Apple Music songs on computer forever, listen to Apple Music anywhere, burn Apple Music to CDs, Save them to USB drive, SD card, etc. The fact that it also supports to convert iTunes music, iTunes audiobooks and Audible books with high quality and fast speed. This software offers all functions that you can to get from audio converter such as lossless quality, fastest conversion speed, customization options, user-friendly interface, etc. In a word, TunesBank Apple Music Converter is worth trying.

3 Reasons You’ll Be More Productive With a Healthy Back

The World Starts With: Kitchen

Why Should Video Games Be in Your Life?