Electric cars and renewable sources of energy are some of the trendiest topics in the news these days. For those in the know, battery-life is one of the most important factors to consider when it comes to making decisions like choosing between one electric vehicle and another. While these types of consumer products are still in their beginning stages, in many companies, everybody from the most junior electromechanical technician to prize-winning scientists are working hard behind the scenes to make high-quality, fossil-fuel alternatives a reality. One of the most interesting innovations to date involves leveraging nanotechnology and/or alternative materials to create sponge-like batteries able to last longer than traditional lithium-ion batteries.

Currently, traditional lithium-ion batteries like the kind found in smartphones or even electric cars work when electrons travel along a wire that connects a positively charged lithium electrode with a negatively charged electrode that makes use of graphite. Graphite has been used for years, but these batteries aren’t nearly as effective as they could and need to be. However, many a scientist, engineer and electronics technician have had a hand in improving lithium-ion batteries, whether they are fulfilling a college co-op mandate, part a small start-up or have a leadership role at Tesla Motors. 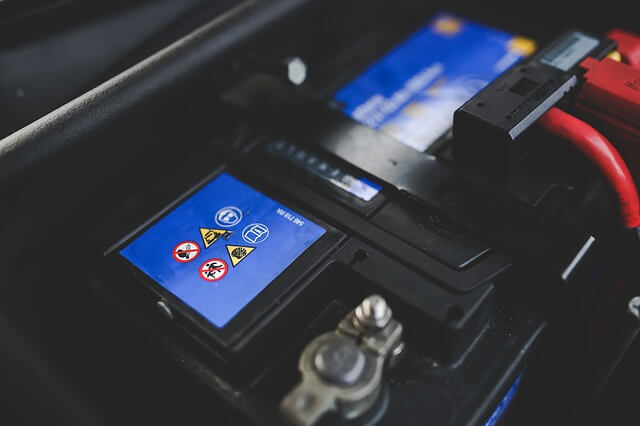 Some scientists, for instance, have successfully experimented with silicon, which can hold up to ten times more energy than graphite. The only reason why silicon hasn’t been used until now is that there hasn’t been a way to safely make use of it, because it expands when it takes in energy. Give it too much, and it explodes. However, new experiments have led to a form of silicon that acts much like a sponge, absorbing energy and expanding without exploding. This means that there is a potential to create batteries capable of storing much more power for longer periods of time. This is an important feat, given that the rise of electric cars has led to increasing demands for lithium-ion batteries and other forms of power.

While many scientists have been experimenting with the potentials of silicon, others have ventured into the realm of nanotechnology to create more efficient, durable, safer batteries able to hold a charge for longer periods of time. These factors are particularly important to the auto industry, since it is crucial for cars to be able to travel long distances without having to stop and recharge every few miles.

The nanoscale is a form of measurement like any other; one nanometer is the equivalent of one billionth of a meter. As such, when people refer to nanoscience and nanotechnology, they’re talking about the study and application of objects (single atoms and molecules, really) at this very tiny scale, invisible to the unassisted human eye.

One Czech company called HE3DA (‘he-da’) has begun to roll out batteries for the electric vehicles industry, which make use of nanotechnology to increase the size and surface of battery electrodes. This is a different approach than that of the silicon experimenters. By using nanotechnology, the increased size and surface makes the electrodes sponge-like. As a result, they can absorb more energy and hold a longer charge.

Surprisingly, the production cost of this approach is significantly lower than that of existing technologies, and it is has proven to be safe without losing out on performance. It is no surprise then that HE3DA’s batteries are aimed at the auto industry. This technology can also potentially be of use to data centers in need of backup generators, since the battery’s response time is in milliseconds.

Given how much funding and talent is being pooled by companies across the board, the future of the battery industry can go any which way. Start-ups, automakers and research labs are all putting an increasing amount of effort into producing better batteries, and there may not be one-size-fits-all solution. What may work for a car company, for instance, may not be of any use to the smartphone industry. One thing is certain, however – as the technology improves, the demand for electrically-powered vehicles and generators will undoubtedly continue to rise, leading to improved consumer offerings, lower costs, and more environmentally-safe products for all.

How to Write a Brief for a Graphic or Logo Designer