While pliers and wrenches are both essential tools for any hands-on worker, they have different uses. The average DIY dabbler might see little difference between the two—but in a business sense, choosing the right tool will improve efficiency and ease of work.

In short, pliers are best used for folding, cutting, and bending—but if you need to twist or turn something, like a nut or bolt, wrenches are the better choice.

In this article, we’ll outline the main differences between pliers and wrenches, helping you decide which tools should be used in your line of work.

With a few exceptions, such as sink wrenches, most wrenches don’t have pivoting jaws. For tightening and loosing nuts and bolts, wrenches are the better choice. When compared with pliers, the lack of pivoting jaws on a wrench provides better torque, and wrenches are less likely to damage or round fasteners.

The most common type of pliers—slip joint pliers—feature a pivot point that users can move between two positions, increasing or decreasing the distance between its jaws. Similarly, users can adjust channel pliers with a sliding mechanism. 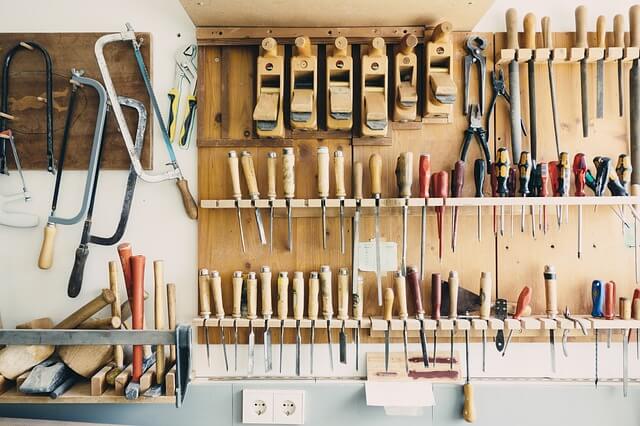 The main benefit of pliers over wrenches is their adjustability. Most wrenches come in fixed sizes, so if you don’t have the right sized wrench on-hand, you’ll be out of luck. Pliers are handy in such cases since they can be adjusted to suit the size and shape of the object you’re gripping.

Wrenches are still the ideal choice for tightening and loosening, so it’s worth keeping an adjustable wrench or pipe wrench at the ready. Adjustable wrenches have a cylindrical-shaped nut, which allows workers to adjust the jaw opening. Plumbers commonly use pipe wrenches to grip cylindrical objects, like pipes.

High-quality wrenches typically cost much more than pliers. This is especially true if the wrenches boast extra features, like ratcheting capabilities. Ratchets feature a special fastening component, which is helpful for loosening or fastening nuts and bolts.

4. Pliers are helpful for cutting and gripping

For removing nails, fasteners and pins, or stabilising objects, pliers are the better choice. The adjustable nature of pliers makes them useful for gripping both large and small objects. Unlike wrenches, pliers are also handy for cutting and bending wire. Electricians will often use specialised pliers, called linesman pliers, for stripping insulation and splicing wires. Wire cutters, while not useful for gripping, are commonly used by electricians to cut through nails and wires.

Pliers and wrenches are both vital tools of the trade for physical workers. There are specialised wrenches and pliers available for all aspects of the working world— knowing the ins and outs of these tools will help you achieve results for your business, saving you money, energy, and time. For twisting and turning nuts and bolts, choose an appropriately sized wrench to get the job done. For folding, bending, or cutting, pliers will help you achieve the perfect grip.

What Are the Benefits of Using Local Couriers to Send Your Products Out?

Various Types Of Motion In Nature

How to Blog on Controversial Topics