Laser pointers are some of the most advanced pieces of laser technology. Once absolute objects of wonder and marvel, they are now commonplace. Once upon a time, however, laser pointers were insanely expensive and incredibly large and hard to use. A true revolution has taken place in these handy devices however.

Today, the most popular type of laser pointer is the green laser. Its frequency is 532nm and the output tends to be less than 5mW. The light, however, is so bright that you can the beam in daylight. It also works in the dark, which is why it is often used in astronomy. 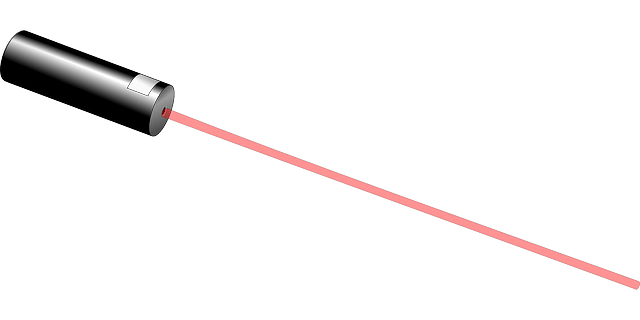 If you want to purchase a laser pointer, you may feel slightly overwhelmed with the different choices that are out there. There is a competitive market out there, which means you can also get incredibly cheap models. In reality, however, these are pretty worthless gadgets that have very little use other than playing with the cat. If you want something serious that will last, you should take something suitable for scientific applications instead. This also ensures that your laser is bright enough, meaning you don’t have to alter it and risk causing damage.

Many people worry about the safety of lasers, as there have been horror stories of people burning their retina, or disturbing airplanes and nearly causing a crash. It is certainly true that lasers can be damaging if not used properly. This is why you have to understand the rules that come with using these pointers.

The most important rule is that you should never shine a laser at any type of drivable object such as a plane or a car. Additionally, you should never point it at someone’s eyes, including animals. Both of these actions are against the law and could land you in serious criminal trouble, above and beyond the fact that you will have to live with your conscience.

More and more of us are embracing laser into our daily lives. Indeed, if you have never come across one yet, you are likely to have lived on a deserted island somewhere. We live in an era where technology is available to everyday people and this has its pros on cons. On the one hand, it means that we can use fantastic technology to enhance our lives. On the other hand, lasers can be very dangerous if not used properly, and they should never fall into the hands of people who don’t know what they are doing or who think they are just toys to have a bit of fun with.

Here’s why you shouldn’t care about being safe online

A Step-by-Step Guide to Going on Your Dream Vacation

Career and job prospects in B. Sc clinical research

5 Essential Benefits of 3D Printing in the World of Business

Why SendPulse is a Great Tool for an Online Marketer?