Each year, you see a host of new tech gizmos buzzing into the news. A good number of them are just made for the novelty, for some illusory convenience, for the heck of it, and not as a solution to a problem.

That’s perfectly normal though because it’s one way for technology to progress: trial and error.

Of course, once in a while, there come a few gadgets that can actually prove useful, that yield more benefits and results than their initial appearance suggests.

Here are some of those low-key gadgets that secretly have worthwhile benefits. 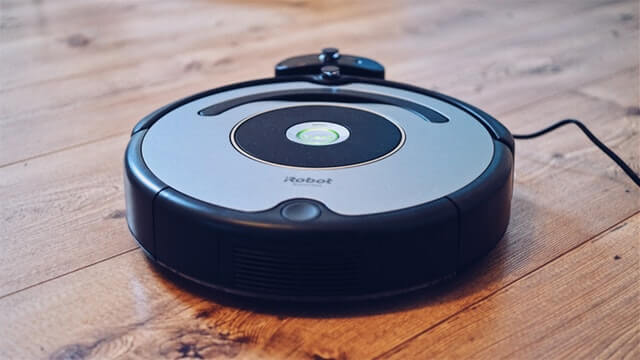 At first glance, this may seem redundant to laptops, but a portable smart typewriter can have a positive influence on one’s writing productivity. Smart typewriters only connect to the internet to save drafts to a cloud (e.g., Google Drive, Dropbox, etc.). Nothing else. No browser supported, no games installed, no other applications other than the typewriter’s main function: word processing.

So, then, how is it useful? With writing, less is more. Brevity is wit, right?

Because this gadget only lets you do one thing, specifically, writing, then you can focus on that one thing, writing. At the end of the day, you’ll have written more since you have no distractions, no cat pictures on the internet to waste your time at work.

Now, if only someone would send one of these to George R. R. Martin and Patrick Rothfuss, then the world will have closure on the Starks’ and Kvothe’s stories respectively.

Yet another unlikely tool for increasing your productivity, you may be asking how a gaming PC helps you with your job. Well, aside from enabling a stress-relief activity (i.e., playing video games), using one can make your job smoother and a lot easier.

Gaming PCs are more powerful than regular computers are, so much that you can do over a dozen tasks running all at the same time (or switch between them to avoid becoming overwhelmed).

With such a machine, you can breeze through your work effortlessly, without the hiccups of irregular loading time. This can be a godsend for some occupations and even a necessity for others, such as video editors, who need to work with high-resolution files.

Just know that if you are getting a gaming computer, you get one that uses current or, even better, next generation tech. Due to the nature of the industry, computer components are constantly being improved, with new upgraded models getting released every other year or so.

With a PC built with the latest devices, you’ll have more flexibility in terms of upgrades and stretching out your machine’s life span and relevancy.

You may be thinking why you need another screen oriented forward when you’ve already got your eyes on the road.

The truth is, no matter how careful you drive, there will be others who have a blatant disregard for their own, as well as that of others’, safety. You obey traffic laws and wait for the signal light to turn green before you step on the gas, but as you do, someone on the other road perpendicular to you swerves, trying to beat the red light but only crashing into you.

Therefore, having a dash cam recording your path while you drive can help settle any collision issues. First of all, the video will serve as evidence that can significantly hasten how traffic authorities judge an accident. The recording can clear you of any culpability and incriminate the real culprit.

Thus, dash cams serve as a defense against misdemeanors made by reckless drivers against you.

It may seem like an automated smart vacuum is an expensive and gimmicky trinket meant for lazy people, but think about it. In today’s fast-paced life, who has time to sweep the floor?

If you’re living alone or if there’s rarely a time when there’s somebody left at home to take care of the house, a robotic cleaning assistant would be invaluable. You only have to press a button, and the little dude will scurry off like R2-D2, sniffing dirt and dust around a room.

Some people say that a smart vacuum isn’t a proper replacement for manual cleaning. However, considering how tedious it is to clean up every day, especially in urban dwellings that accumulate a lot more dust than those in rural and suburban settlements, a robotic cleaner can significantly reduce that chore to a weekly or biweekly task rather than a daily one.

Besides, making a one-time purchase for a smart vacuum may be a better investment than regularly hiring someone to clean up after your mess.

Know of Any Other Secretly Useful Tech?

As mentioned before, new gadgets are always entering into the market. Though reviews exist to justify their existence, not many make a solid case for backing up their usefulness.

Just know that these four do have uses that aren’t immediately obvious at first. They’re more than meets the eye.