There is no doubt that experience is sometimes the best teacher. And while in business, you can learn from the mistakes and successes from other people. Their case can help you overcome some challenges you may face in life and business in general.

However, most of the case studies out there might not be exactly in your business niche. But you can still learn one or two things from them. So, if you are a business student or already running a business, then learn from these classic case studies.

Amber, an administrative assistant, had a great career prospect and showed quality in her work. But after a while, she started displaying some questionable behaviors. Amber began to arrive late to work, call in sick often and spoke to customers rudely. But one day, while using the ladies, she was caught sniffing on some white powdery substance.

The management accused Amber of taking drugs. But instead of defending herself, Amber left the job angrily. And her absence created a hole in the company. However, many experts believed the management of the company should have reacted a bit earlier. Again, they felt the top administrators would have criticized her unpleased work-related behaviors, instead of accusing her of doing drugs.

Malden Mills, a factory, got burnt to the ground in the 1990s. Workers began to doubt that Aaron Feuerstein, the CEO wouldn’t re-hire them once he rebuilds the factory. But after he restored it, Aaron Feuerstein re-hired everyone. And afterward, production kicked off and increased from 1300,000 to 200,000 yards per week. In short, more than half of the customers stayed.

However, Feuerstein had to battle with bankruptcy cases tied to finances used in rebuilding the factory. But he made the employees happy. So, as a business student, you need to consider which is more important; being a philanthropist or placing more value on financial gains?

Finding a successor for a business is not an easy task. Many employees would think that the heir apparent, particularly for the number one spot in a company would be from within the company or family to maintain the family-business status.

But, Carlson companies, according to Hay Group’s Beverly Behan, did not choose a family member to handle the company”s affairs. They conducted a proper search and hired the right person for the job. However, the firm”s commitment to doing a proper search for the right staff is commendable. 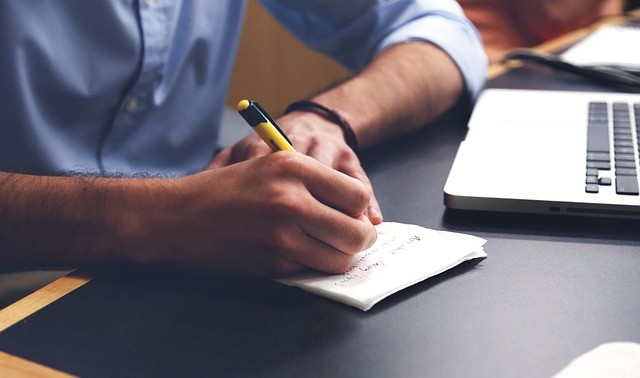 Retirement for some employee is a great thing but could be a massive loss to the company. It’s like throwing away a storage device loaded with information, only to start scrambling for the same information. However, AMEX spotted a problem that employee retirement can create, and they began retiring employees in phases.

But it didn’t stop there. The retirees had the opportunity to mentor new intakes. They also got part of their regular salary and other benefits, while working after retirement. The aim was to transfer knowledge gained, which worked fine. And this, according to many experts, is how handover should be in every company.

Triumph’s case shows that a change of environment can sometimes have a positive impact on a business. The bike manufacturer based in the UK was unable to taste success in his home country even after many years. The company was only able to sell 7,562 bikes in total in the UK.

Triumph had record sales when the company moved abroad. Over 50,000 bikes were sold off within a short time. And today, the shop in the UK is no more. But impressively, they are still in business and based in India. In short, they are even struggling to meet the massive demand placed by customers every year and has established more plants.

OfficeDrop, in this study, is a company that handles highly confidential documents. So the company wanted employees who they can trust with such sensitive files. Unlike other companies, Prasad Thammineni, the owner of OfficeDrop was careful in his recruitment process. In short, a thorough background check was carried out before hiring.

Prasad found a company that could help in conducting a more comprehensive background checks on candidates. But according to a reputable

research paper writing service, many have criticized his decision and claim he would have relied on the help of his business network, Google search or go through the social media accounts operated by each candidate.

Some companies only consider open orders and forgo smaller ones. Darren Robbins’ Big D Screen Printing, an Austin, TX company is one of those companies that operated this way. The company started out catering to only customers with large orders but discovered that they were idle when those orders were not available.

However, Big D started accepting both small and large orders. And suddenly, they started making more profits. The point is the company was able to spot more gains in a market segment other brands in the same business niche had no interest in entering. But some experts claimed that Big D’s might compromise their efficiency because of this decision.

The challenge between a small company like Hangers Cleaners and a large corporation like P&G is similar to David and Goliath”s case. But because of the modus operandi of Hangers, the company was able to record remarkable achievement, despite the competition.

Hangers Cleaners provided quality services and were consistent, something that customers value. They also didn’t try to out-price P&G but had a good strategy in place to compete with the eco-friendly dry cleaning services P&G introduced into the same location.

In addition to that, Hangers also went closer to the community and customers, and also introduced van delivery options, funny t-shirts, among others. In the end, their businesses recorded impressive gains where other companies were counting their losses.

Tesco’s case study has lots of lessons. The company entered the Korean market and made several smart moves that paid off massively. First, they embraced the Korean style of life by operating their store as local community and business centers.

Another smart move the company made was partnering with Samsung, one of the biggest brands in the country. Plus, all their staffs were Koreans. Only four of them were of British origin. But the good thing is that their strategies worked perfectly. They made more profits and increased in customer-base.

This case study is something that happens everywhere. It indicates that change is constant. Della, a cleaner for the cat shelter, Paws Need Families was a consistent and hardworking employee. She did her job well as a cleaner and was equally rewarded.

Della was promoted from the position of cleaner to assistant manager and finally, manager. But instead of repaying the favor by becoming even more dedicated, Della started showing up late for work, slipped on inoculations and committed other grave offenses.

In the end, the management called for a meeting, and the assistant manager was hired to replace Della. The company later fired Della for her bad attitude and failure to make things right. But some experts believe that scheduling frequent meetings and reviewing her work from time to time should have been the case.

When writing papers that involve citing a few case studies, you will discover even while writing that there are lots of things to learn from them. They are life experienced and be helpful to those running their businesses, not only business students. You will be able to learn from mistakes made by others or strategies deployed to achieve massive successes in varied situations.

Why is the Internet Important to Your Life?

Tips to get ahead in engineering

How Technological Advancements Can Bring Down The Cost Of Medical Procedures

How to read someone else’s text messages without their phone