“Playstation v/s PC Gaming” is an ancient, widely known battle among gamers. The “battle” is a serious one, probably even more than the ones they play, pun intended.

Jokes aside, it is indeed a concern to be discussed because gaming PCs and Playstations sound cool and “pretty much the same” to non-gamers in general. But, there are actually a lot of pros and cons in both, which makes them so different.

Let”s discuss further on this.

The minimum price of an available PlayStation console is approximately ₹30,000, while an entry-level gaming PC is a minimum of ₹60,000. You can get decent entry-level gaming laptops from ₹60,000, but gaming desktops are a minimum of ₹1,00,000. PC Gamers generally prefer desktops, though. It is so because of better graphics and visuals. However, let”s not forget that you need to get a monitor/TV if you buy a PS5. And games. And passes to play multiplayer online games.

Kind of contradictory to people”s claims about the PlayStation console being cheaper, isn”t it? Well, it is, but other mandatory services and technicalities are expensive. 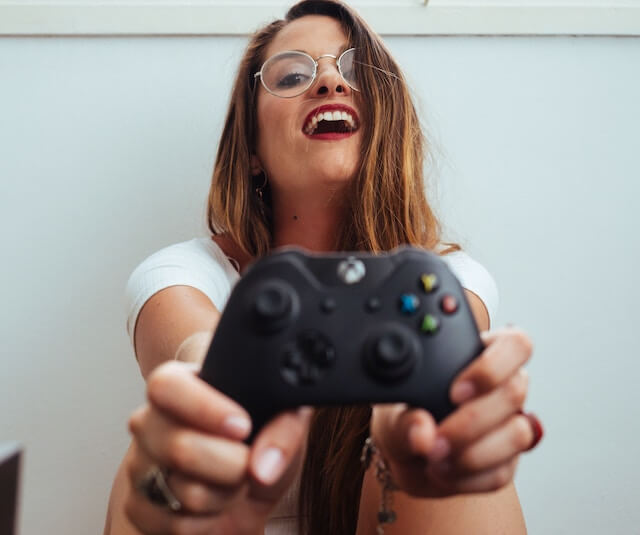 In conclusion to this point, costing is something that you have to look at and research quite a bit before you decide what you want to get in a PlayStation or a gaming laptop/desktop.

Console gamers need to know basic technical skillset to install new upgrades for games, etc. But that is not the case for PC gamers. PC gamers need an intermediate level of skill set to set up their laptops or desktops for gaming. You might need to set up additional hardware components or drivers because different games require different hardware requirements.

In terms of customization, PC gaming is king! You can customize your PC hardware and software according to your requirements. PC gamers generally invest in upgrading their RAM, graphics card and a storage drive, preferably a solid-state drive for faster speed, better durability and less power consumption. If you want, you can even customize the outlook of your PC!

A handful of gamers follow the generic gamer aesthetic of LED-strip lit over a transparent CPU cabinet. Some even build a retro-arcade outlook console from different components. Pretty cool, right?

In PlayStations, hardware customization can be done but could be a little difficult if you don”t have the required level of technical skill for it.

Availability and Modding of Games

Both PCs and PlayStation consoles have a good collection of games, but since we are comparing here, PCs have a better collection and are cheaper! On a Playstation console, you can only play games available on the console, and not to forget, these games are a little pricey. Some games, like Diablo 2, are available to be played on either PC or PlayStation, so you can source and use the d2 insight rune word as a weapon for an Act II Mercenary however you play the game! One more thing about a PlayStation console is that you can”t rescript or mod your games. On PCs, you can either download other gamers” modded versions or, create one yourself.

For a PlayStation console like any other console, you need basic peripherals like a monitor/TV, depending on the requirements of your PlayStation console. And that plays a factor in the audio-visual output of your games. But that”s pretty much all you can do. For PCs, you can upgrade your graphics card as much as you”d like for your favourite games” GPU requirements, given it”s accessible to you.

For a PlayStation, you need not worry about your console becoming old or obsolete. It is set up in a way that you don”t really need to upgrade your hardware for about six to seven years (Gap period between the launch of the previous and launch of the present generation of PlayStation). However, there is a certain doubt regarding if you can play new games on your old console. Because sometimes, the old consoles are not compatible with new, fresh games. But that is not a very urgent scenario. For PCs, you need to upgrade every year or two to keep your system from becoming obsolete. And that can be costly.

PlayStation is a console (duh!), so it”s not very complicated. There”s one Cabinet and one wireless controller with all gaming controls. That”s it. It”s not very difficult to use a console. You just have to plug it in a monitor or TV, install your games, and you”re all set to have fun! In PCs, you need to learn more about peripherals to play. Standard gaming calls for a mouse and a keyboard, but that”s also not very easy. There are PC gamers out there who customize their PCs with dual-monitors, joysticks and more in addition to standard gaming peripherals. Imagine playing with so many peripherals. Definitely cool stuff, but tough AF!

There”s just not one verdict on this, because as we mentioned at the beginning, there”s a lot of difference between them even though both are amazing.

Regarding PC gaming, opt for it only if you have the financial feasibility, intermediary technical skillset and the comfort of playing with multiple peripherals to continue upgrading your system. If the points mentioned before are not an issue for you, PC gaming is definitely worth it! It”s super customizable, more intuitive and the king of gaming world tech.

And by the way, PlayStation gaming is not behind at all! It”s really great, in fact, even better in terms of ease of playing and pricing. It”s easy to install and operate. However, some of the issues, like, the price of the games and passes can be a possible minor inconvenience.

If you are getting a Playstation(because saving is difficult AF and PS5 on Credit Card EMIs is your jam), you should get something smart that does not require EMIs: PS5 Skins. Here”s another good piece of advice: Consoles get scratches too. Head to Gadgetshieldz.com for some amazing PS5 skins or any other current PlayStation console skins, you won”t regret it. :)

The technologies that you forgot existed