The issue of climate change is often top of all governments’ list of priorities when it comes to dealing with countrywide problems. According to NASA, Earth’s average temperature has increased around 1.1°C since the end of the 1800s, with most of the warming occurring in the last three and a half decades.

From rising sea levels and shrinking ice caps, to more rain and a surge in destructive tornados, global warming is already affecting our lives. However, do we truly know how climate change will affect specific aspects of society — such as business and trade?

Fulton Umbrellas, which supplies a range of durable golf umbrellas, explores the impact of global warming on UK business and infrastructure… 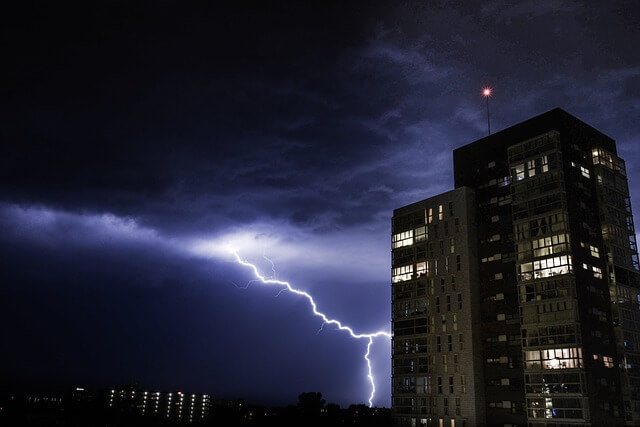 The UN Refugee Agency believes that, in time, adjustments to weather and the environment will eventually become the biggest initiator of population relocation. According to Friends of the Earth, changes to the environment has displaced millions of people as they’ve been forced to leave their homes due to climate change, which has adversely affected their livelihoods or living situations.

Growing food to feed a population becomes almost impossible in extreme heat. During the Syrian drought of 2006-2009, approximately 1.5 million people left the nation and by 2100, around 75% of the global population might be exposed to deadly climate situations. This may have been one of the most depressing drought facts that have since been.

The Paris Agreement and other similar initiatives are attempting to slow down changes to the environment and weather. However, it’s an ongoing issue and extreme weather may continue to displace populations. This could put an initial strain on national economies, housing, education, and medical care until people assimilate themselves into their new home country.

Livestock and by-products constitute 32,000 million tonnes of CO² per year — over 50% of all global greenhouse gas emissions! Animal farming is to blame for more greenhouse emissions than exhausts from all transportation put together, according to the Food and Agriculture Organization of the United Nations.

Considering that the World Health Organization has branded climate change the ‘greatest threat to global health in the 21st century’, could it be possible that agriculture — a sector blamed for producing a lot of carbon emissions — will be penalised in the future?

Greater taxes on the industry will reduce the profit margins of businesses operating within it. This could lead to reduced numbers of farming and agricultural businesses, which would have an effect on the amount of food produce the UK would have to import and how much it can export.

According to the European Commission, the impact climate change will have on infrastructure will differ across the EU, with some countries being in more danger than others. Surprisingly, infrastructure promises to be greatly affected by changes in weather patterns and temperature.

Firstly, global warming means more intense heatwaves. Extreme heat can damage major roads, which may lead to more congestion and affect how easily and quickly people can travel to work day by day. In turn, this reduced efficiency could negatively impact productivity in the workplace and affect the job landscape. If it’s harder for employees to commute, companies will have to put more money and effort into offering incentives to make travelling easier in order to attract the best workers, which may impact on profits — especially detrimental to small and mid-size companies.

Of course, most countries have already built infrastructure that can withstand the pressure of local weather — but what happens if this weather changes? If an area is subjected to a growing number of storms and precipitation, this will reduce the longevity of structures like bridges and roads. This means that local authorities may have to use more public spending to maintain and repair infrastructure to ensure its safety — money that could have been used elsewhere.

Could there be positives to do with global warming?

Climate change is, understandably, feared and thought of as a negative part of our world. However, could the drive for controlling it bring positive effects to the UK?

Firstly, a greater demand for green products and research into eco-friendly technology will lead to a surge in jobs in this sector.

Water management advances — due to the risk of rising sea levels and high winds — will also help those residing in flood-risk districts. Again, this is a positive when you consider how devastating flooding can be and it will also allow for more housing projects to take place in areas previously deemed ‘at risk’. This, in turn, may ease the pressure on providing adequate housing for families.

Lastly, eco-friendlier electric cars will also likely increase in number and use, which will mean less production of harmful exhaust emissions. If more daunting statistics regarding the detrimental effects of climate change are taken seriously enough by the government, we could see a greater push towards cleaner vehicles like these which will improve air quality for pedestrians and motorists alike.

Governments must take notice to turn climate change into a positive before it’s too late.

Wondershare All In One PDF Editor Review

Do I really need a dedicated server?