For those of us in the UK with a sweet tooth, we’re spoilt for choice when it comes to choosing our treat. From chocolate bars to jelly sweets, there is certainly something out there for everyone’s taste.

However, as a nation we’re continuing to move towards healthier eating — and that is the same for our best-loved brands. Many of them are tweaking their recipes to suit our changing tastes, such as the Milkybar. Nestlé unveiled plans to make milk the main ingredient of the chocolate bar — up to 37.5% from 26% — and reducing the amount of sugar by 9%.

This means Nestlé removes 350 tonnes of sugar and 130 million calories from the diets of the UK’s residents — a move which mirrors other big brands. Here, supplier of paper table cloths Inn Supplies takes a look at some of the famous brands who have made their treats healthier:

Another of Nestle’s delights, KitKat underwent a recipe change. As the refreshed packaging boldly states, the new bars now have more milk and cocoa than their predecessors. However, the changes made are relatively minor — calories in the four-finger bars have dropped to 209 from 213, while sugar is just 0.7g less. Regardless, the move is still a step towards healthier snacks for consumers, without compromising on size or taste. 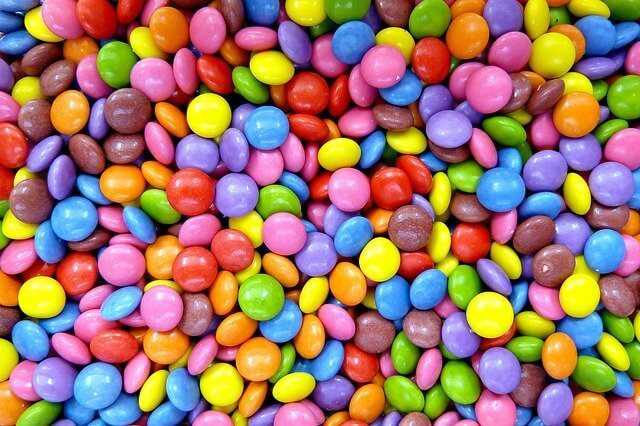 In Britain, we are attached to our treats. Therefore, when Nestlé replaced the blue Smartie with a white version, the brand faced a public backlash — with almost 20,000 people campaigning for the sweet’s safe return. The blue sweet was swapped as part of Nestle’s reformulation of Smarties’ ingredients, in an attempt to remove artificial colours and flavours. Blue was difficult to replicate without artificial colours, hence the introduction of the white sweet.

Thankfully, due to public demand, the blue sweet joyously made its return in 2008 as Nestlé discovered a way of extracting the blue colouring from Spirulina seaweed. This helped the brand strike the balance between natural colours and the much-loved Smartie blue.

Over a decade ago, in 2007, Mars shocked the nation by altering their recipes to include animal extracts. After facing a huge backlash from vegetarians, who were unable to eat the products following the change, Mars reversed the decision, admitting they had made a mistake.

However, despite the recipe reverting to normal, vegetarians were still excluded from their favourite treats for some time. Mars didn’t recall any of the products containing animal extracts, meaning many of the treats remained in circulation for some time.

For some brands, the way to reduce the sugar intake is to decrease the size of them, rather than changing their recipes. If you’ve been to your local newsagent or supermarket recently, you’ll have likely noticed the dwindling dimensions of our favourites. According to a report by The Times, Nestlé, The owners of Cadbury’s are set to shrink the size of their snacks by up to 20%, meaning Mars and Dairy Milk bars could all look a lot different.

We’re already witnessing the changes — the standard Snickers bar now weighs 48g, down from its previous 58g. Likewise, we have seen a 14 per cent reduction in Twix biscuits, down to 50g from 58g, while Malteaser pouches are 15% lighter at 121g.

One of the biggest scandals for consumers is the shrinking size of tins of sweets, usually available around Christmas time. Quality Street, for example, reduced the size of their standard tin from the original 1kg to 780g by 2015.

While some consumers may be disgruntled by this type of change, manufacturers are doing to so meet the government’s new recommendations on sugar. We may want more for our money, but it’s clear that the reduced sizes have our health in mind, without facing public backlash as a result of changing the recipes.

How to Find the Best Child Care for Your Child

How to Manage Talent in Your Business

Technology On the Road: Getting You Where You Need To Go

Top 5 phones to buy from Amazon