Looking for the New York Institute of Technology? Well guess what… you’re in luck. The Institute is located at 1855 Broadway right near Central Park, which means that a trip to the NYIT is a perfect excuse to take in some NYC scenery while you’re on the way.

The easiest directions we can give you for getting to the Institute: Go to Central Park, head to Columbus Circle at the Southwestern corner of the park, and head straight North up Broadway, keeping an eye to your left. It’s barely two blocks up, you can see the Institute from the Circle.

If you’re taking the subway, you’ll want to head to the 5th Avenue Subway Station, right on the Southernmost corner of the park. Of course, you hardly need to memorize any directions, here. It’s not hard to go into any subway station and find the train that takes you to Central Park. From the Subway station, it’s just a short walk to the Northwest and then straight North once you get to Columbus Circle.

If you’re driving, expect some traffic. Even if you’ve driven in New York City before and found that it’s not as bad as people say, it is around Central Park. The park is the heart of the city, and it’s always busy around here. 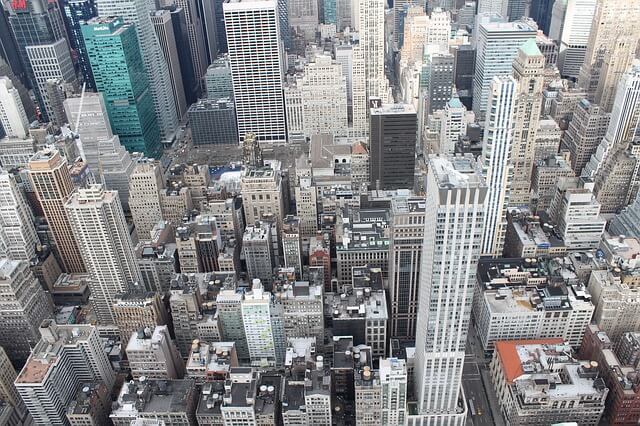 So, getting there is easy enough, now here are some ideas for places to visit while you’re in the area:

The Museum of Modern Art

The MOMA isn’t the stuffy place of culture you might presume it to be. They feature a rotating gallery of newer work, including films and performance art. They premiered one of the Jackass movies at the MOMA, if you can believe that. You’ll get turned on to some weird stuff at the Museum of Modern Art, it’s not all abstract paintings and found object. You may also find out were car radios ever illegal and should they be?

When you see a movie where someone has an apartment overlooking Central Park, you’re probably looking at The Dakota. This building is popular among celebrities, and there’s no harm walking by the building and seeing if you can spot someone you recognize walking into the complex.

The Ribbon is a swanky little New York eatery, very modern and classy with craft cocktails. You can find The Ribbon on West 72nd Street, about half a block away from Central Park.

Although John was an Englishman, New York really adopted the Beatle as one of their own. If you’re a major Beatles fan, you’ll probably want to check out the John Lennon Memorial and Strawberry Fields on the Western side of Central Park.

People tell you “Nobody drives in New York… there’s too much traffic!” but once you learn the ins and outs of the city’s roads and streets and bridges and highways, once you figure out which streets to avoid when and how to cruise through a dozen green lights in a row, it’s really not so bad. If you’re a New Yorker, you thrive on action. You’ve got to love excitement to live in the City That Never Sleeps, and that’s just as true behind the wheel as it is anywhere else.

Need a New PC? Why Building Your Own May be the Best Option

Pound The Pavement No More, with Smart Technology

The Technology of Structural Integrity