You’ve probably noticed over the years that your commuting methods on the bus have changed — and it’s all because of technological growth. With 4.44 billion journeys in England alone throughout 2016/17, there has been a demand to make commuting an easier process — and the advancements in technology have allowed this to happen.

How did buses get their start?

To gain a greater understanding of the changes brought on by technology, we need to turn back time and take a look the historical picture. To do this, we’ve teamed up with the Oxford Tube, which has great London bus times to help you commute between cities for a quick getaway, to take a look at how advanced our public transport has become over time. 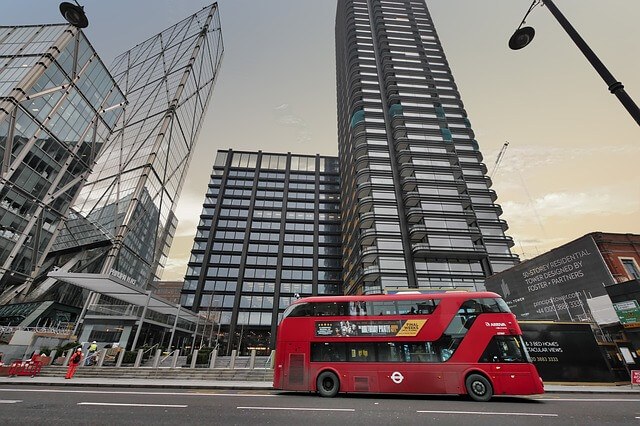 It all began with steam

Walter Hancock was one of the greatest inventors of his time and pioneered the route for steam buses in the 1830s. These were much more efficient to what were known before — horse-drawn transportation. A common problem with horse-drawn carriages was that they often overturned, but this was a problem that steam buses did not face. Steam buses travelled faster and were much cheaper to run. They also reduced the amount of damage caused on the roads.

Although the creation was phenomenal at the time, the government created harsh legislation that pushed back propelled vehicles for a total of 30 years.

1882 was the year that saw electric buses come into the world, but they had no route flexibility due to the trolley pole and overhead wire. William Siemen, who was based in England and his brother, Werner, who lived in Germany, collaborated on the creation. Electric currents were able to run to the tram-car and back again, highlighting that tracks were no longer needed.

It took quite a lot of years for this vehicle type to be commissioned in the UK, and it didn’t enter our cities until 1911.

Motors were the next great step

1898 in Britain witnessed one of the first motor buses — a red double-decker with an open-air platform. The bus had a maximum speed of 18kph and could hold 20 passengers at a time. With huge popularity, and requests from across Europe to have similar transportation vehicles, in 1902, a market standard was made available.

The path technology has taken us

Since 1920, single and double-decker buses have been fuelled by diesel engines and have proven to be efficient. If electric buses are on our roads, they’re no longer powered by overhead wires and usually contain their own battery supply, which is often rechargeable at different stations.

What once were high-floor vehicles have now been adjusted to become more accessible. However, a low-floor design has been introduced to help with air suspension. Another benefit to having low-floor buses is that electric, under-floor ramps can provide access to wheelchair users and those who have pushchairs. Before such technology was introduced, wheelchair and pushchair users would have to use community transport that was provided locally — a separate vehicle fit for their needs.

Technology is smart — and bus organisations are using this to their advantage. Using an online system, where drivers can use a touch-screen to calculate and print ticket prices, are becoming a more efficient way of travelling. These machines do not require a costly wireless network, as they are usually connected by a low-cost general packet radio service that enables them to function.

Even head offices are able to track down buses and payments of all users throughout the day through working transactions. This also includes a two-way driver messaging system and delivery of online card top-ups, ensuring that everything is achieved in a timely manner.

With the rise in smartcards, scanners have been installed on buses to make it an easier process for all. The scanner has the ability to read the ticket and determine whether it is valid or not — instantly granting access and notifying the driver.

Bank cards are changing too, becoming contactless which has allowed transport companies to install contactless payment methods to make the commuting experience a much quicker and fulfilling process for all.

As free Wi-Fi becomes more common on buses around the country, this has encouraged commuters to download the travel company’s app (if they have one) which could lead to more conversions. Not only is this useful for the app, but also for people to browse the internet on their journey.

Top 10 Drone Apps You Must Try At Least Once

Buyer Beware: What You Must Know Before You Buy Refurbished IT Equipment

5 reasons why you should use automated billing software